Pakistan get whitewashed by New Zealand in ODI series 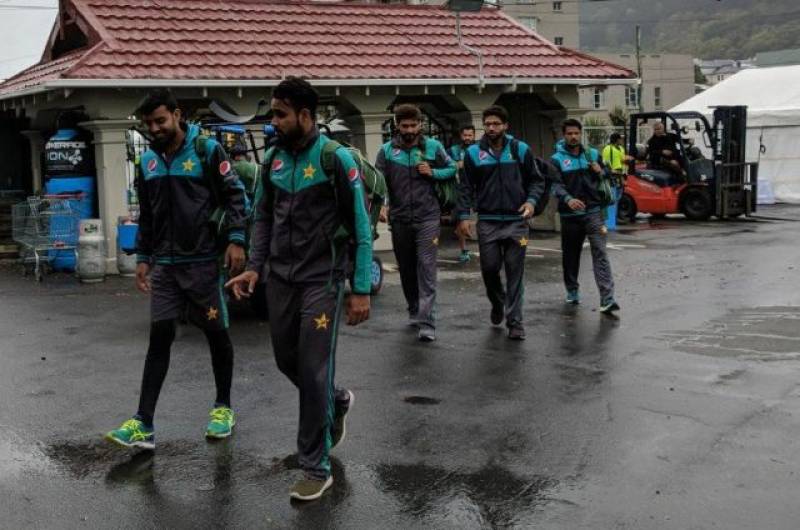 WELLINGTON - New Zealand on Friday cleaned sweep the ODI series after beating Pakistan by 15 runs in fifth and last match of the series at Wellington.

New Zealand set a target of 272 runs but Pakistan lost all wickets at 256 off 49 overs.

Pakistan's top batting orders failed to give a blow to scores as the Green Shirts lost three quick wickets to pacer Matt Henry. Fakhar Zaman could make 12 runs, Umar Amin dismissed at 2 and Babar Azam at 10.

The fourth wicket of Pakistan fell at 52 when Mohammad Hafeez was dismissed for 6.

Pakistan will be without Shoaib Malik, who was struck on the head during the fourth ODI and should Imam-ul-Haq fail in his bid to recover from a finger injury in time to play, medium-pacer Aamer Yamin or left-arm spinner Mohammad Nawaz could step in.

Azhar Ali may also return to the top of the order after Faheem Ashraf managed just one opening the batting in the last match, while the host side rested Trent Boult for today's clash.