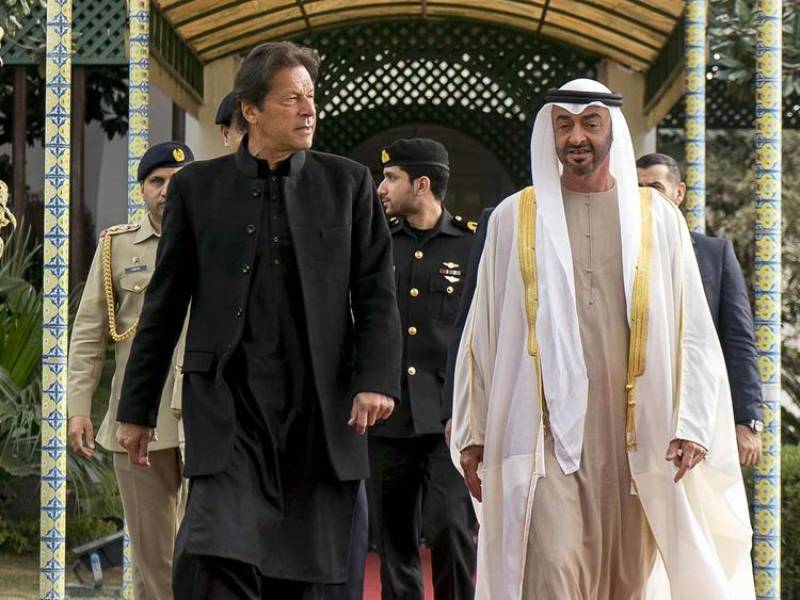 A press release issued by PM Office said the premier expressed solidarity with the leadership, government, and people of the United Arab Emirates.

Khan, during the telephonic conversation, stressed the immediate cessation of these attacks, which continued to pose a grave threat to regional peace and security.

He also offered deepest condolences to the bereaved families of all the victims and prayed for the speedy recovery of the injured.

Meanwhile, Crown Prince Zayed expressed gratitude to the Prime Minister for the strong expression of support and offered condolence on the sad demise of a Pakistani national who died in the terror attack.

Abu Dhabi cops had said that three people, two Indians and a Pakistani, were killed and six wounded when three fuel tankers exploded in the industrial Musaffah area near storage facilities of oil firm ADNOC.

The Pakistani embassy in the United Arab Emirates (UAE) said it was in close touch with the authorities concerned regarding the death of a nation in a suspected drone attack by Houthi rebels on Abu Dhabi.

A small plane was found on the spot that could possibly be a drone at both sites that could have caused the explosion. Law enforcers cordoned the road leading to the area, where footage on social media had shown thick black smoke.

Following the panic in UAE, Etihad Airways responded to the development saying a small number of flights were briefly disrupted at Abu Dhabi airport in wake of precautionary measures, but normal operations quickly resumed.

Houthi rebels, who were involved in a series of attacks against Saudi led coalition, claimed responsibility for targets in the United Arab Emirates in retaliation for the UAE’s role in a military offensive in Yemen last week.

As Saudi and gulf officials moved to engage directly with Iran and other rivals in recent times to avoid any wider conflict that could hurt regional economic ambitions, Houthis strikes back.

Yemen’s rebel group also warned it could target more facilities in the gulf country. The group’s military spokesman said the missiles and drones had been launched at Abu Dhabi and Dubai airports, an oil refinery in Abu Dhabi’s Musaffah area, and other sensitive targets.

Meanwhile, UAE officials said the Houthi attack will not go unpunished. UAE reserves the right to respond to these terrorist attacks and criminal escalation, a statement cited.