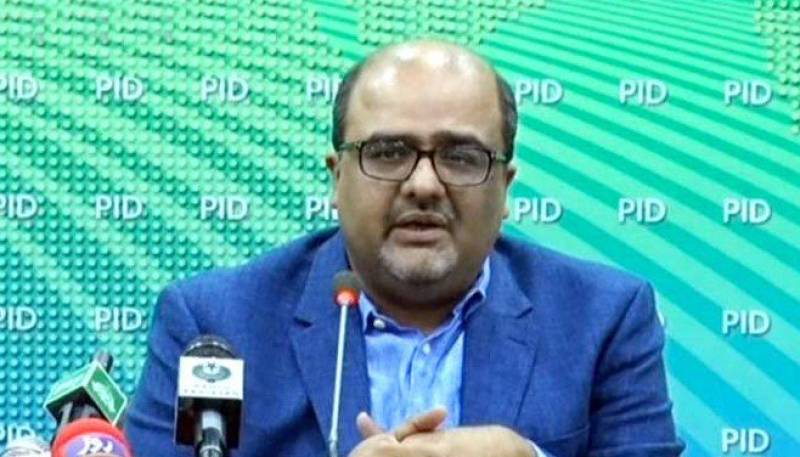 ISLAMABAD - Special Assistant to the Prime Minister on Accountability Shahzad Akbar Thursday said that Shehbaz Sharif had failed to clarify allegations levelled against him in the UK newspaper, The Mail on Sunday.

Responding to Shehbaz Sharif press conference here, he said instead of filing defamation suit against The Mail, Shehbaz Sharif again staged a drama today, which was full of emotions.

He said that Shehbaz Sharif did not answer questions about three illegal payments made to his son-in-law, Ali Imran, by Naveed Akram from Earthquake Reconstruction and Rehabilitation Authority (ERRA) funds, whereas Ali Imran was not a contractor or sub-contractor of the ERRA.

He said there was no denial of the fact as Shehbaz had stated that the earthquake came in 2005. But how long after that, reconstruction and rehabilitation efforts were ongoing, the special assistant questioned.

He said these payments were not made in 2005 but these were made from 2011 to 2013. He said these three payments did not have any relation with the Department for International Development (DFID) or The Mail on Sunday story.

He demanded that Shehbaz Sharif should answer these questions instead of throwing a smoke screen to hide the facts.

Akbar said that Shehbaz Sharif should not mislead the nation by twisting things, adding that if corruption was pointed out in a contract then CPEC would be affected.

"We talk about misappropriation in ERRA funds and you say DFID funding will be affected," he added.

Shahzad Akbar said that Naveed Ikram also made payment through a cheque for 80-kanal land purchased for Ali Imran, during his next appointment as CFO in PPCL.

He (Naveed) was a poor man and could not have made these payments from his pocket. Naveed committed embezzlement where ever he was appointed, Sahzad Akbar added.

He said that Ali Imran told National Accountability Bureau (NAB) that he sold three floors, 11, 12 and 13, of his plaza, when he was questioned.

Shahzad Akbar questioned how the floors could be sold without any contract, adding that how did Naveed Ikram buy the floors from ERRA funds.

He further questioned how floors, 11, 12 and 13, could be purchased in an under construction 5-storey plaza.

He mentioned that after this questioning in October and November last year, Ali Imran fled from the country and remained an absconder.

He questioned Shehbaz Sharif claims of writing letter to anti-corruption establishment for investigation of the case in 2016, saying that real story began after 2016 when Naveed Ikram informed the court about Ali Imran connection.

The police took him away from the court and his wife was also arrested and they were tortured and told not to point out Ali Imran's name, he added.

The special assistant also questioned Shehbaz Sharif's sense of justice, saying that two thieves committed the crime whereas one was arrested and tortured while the other one was allowed to flee.

"Whether it was not appropriate that Ali Imran should have conducted the today's press conference instead of you (Shehbaz)," he questioned.

He said that Shehbaz's press conference was not in response to Shahid Khaqan Abbasi's arrest but due to the fact that the real story of corruption of whole family had been exposed.

He said that Shehbaz family committed money laundering of $ 26 million whereas the amount was transferred through fake telegraphic transfers from abroad.

He said that Manzoor Ahmad and Mumtaz were only two such characters on whose names millions of dollars were transmitted to Pakistan.

Manzoor Ahmad was not even capable of going to Karachi then how he was sending amounts from Dubai and London, he questioned.

He claimed that Shehbaz Sharif family empire was built upon 200 telegraphic transfers. He said that he would give more evidence every week whereas Shehbaz did not have any answer.

He asked Shehbaz Sharif for filing defamation suit against him in London, saying that Shehbaz had completed consultation with his lawyers and he was told that no case was made out.