'Sushant was larger than life, he had many worlds beyond Bollywood' 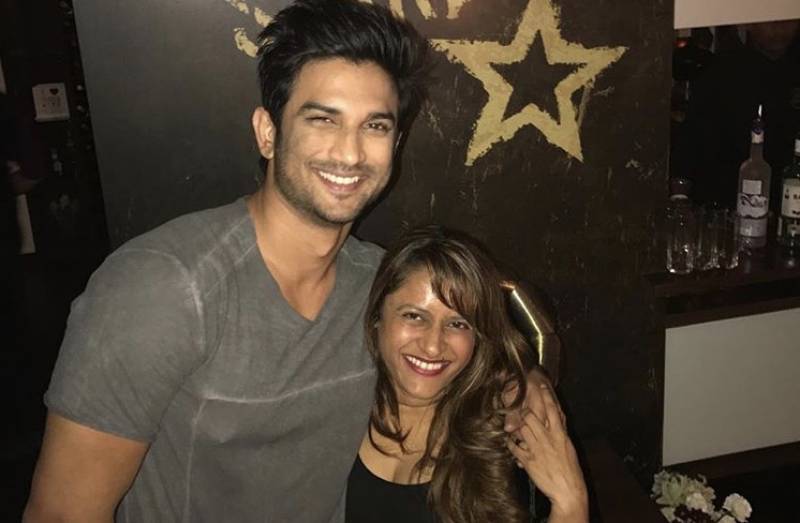 Bollywood actor Sushant Singh Rajput took away his own life on June 14. He was found dead at his apartment in Mumbai. Suhant's sudden death has sparked a fierce backlash from fans and followers against Bollywood for provoking him to end his own life.

Now, after many people had shared their two cents on the matter, including Kangana Ranaut, Saif Ali Khan, and various other producers, directors and actors, Sushant’s best friend is out with her own take on the situation.

Rohini Iyer, a famous Indian celebrity publicist and the late actor’s close friend, took to Instagram to pen a heartfelt eulogy to the late actor and in it, called out ‘peddlers’ who are adamant on spreading aberrant versions of the truth.

I didn’t come to say goodbye to you today because saying goodbye means going away and going away means forgetting. I will remember you every single day of my life and specially every insomniac night. I will not search for you in the stars you loved because I know you are around me smiling and shining like the entire galaxy you are !

“This has to be said. My best friend is no more, I still have a hard time accepting that and whenever I check social media to check up on news on him, I read fiction and instead of finding people online, I see peddlers,” she wrote.

“Peddlers pushing their agendas to promote themselves and their causes. Every single person who wants their two-bit fame has an opinion on his life,” said Rohini.

There has also been a lot of conversation regarding production houses banning him and considering Sushant as an outsider in Bollywood. A lot of this has been idle chatter on social media, with no substantial evidence to confirm these rumors.

Rohini clarified these claims as well, saying, “He hated fake friends, phone calls and small talk. He rejected your parties, you didn’t shun him. He rejected your lobbies. He didn’t need camps, he had his own kingdom.”

I blame myself for not being in touch with you for the past year..... I have felt at times like you may have needed people to share your life with...but somehow I never followed up on that feeling...will never make that mistake again...we live in very energetic and noisy but still very isolated times ...some of us succumb to these silences and go within...we need to not just make relationships but also constantly nurture them....Sushants unfortunate demise has been a huge wake up call to me ...to my level of compassion and to my ability to foster and protect my equations.....I hope this resonates with all of you as well....will miss your infectious smile and your bear hug ....💔💔💔

Rohini also revealed that “he had a life beyond films,” implying that the reason for this tragedy is not just simply his career. “He was a fighter. He made his own place in the sun. He was an outsider and he never cared about being an insider. That’s because he had a life beyond films. The industry was a small part of his life, he had many worlds beyond that,” she shared.

“He never failed. He has given more super hits than any of his other contemporaries. He just didn’t care about the 100 crore club. He didn’t want to belong to any club or be part of the rat race.”

She also recalled how he once walked out of an award show before the announcement of his nomination for Best Actor because “you had to be a lot more interesting than a trophy to hold his attention.”

“He was as simple as quantum physics. He was a crazy genius. He read Sartre and Nietzsche, he studied astronomy and stoicism, he wrote poetry, played the guitar, wrote with his left and right hand,” she continued. “He cared about saving the planet, the world, about going to Mars, he invested in charities, in science projects and innovations that were beyond your comprehension.”

“Please don’t try to make sense of him or reduce his talent to serve your mere agenda,” she wrote.

“He was larger than life like the movies he aspired to make. Celebrate his work. He put his heart and soul into his craft, he was bothered more about research than makeup. He was about quality, not vanity. He was a bright star. That’s why he shined sheer magic. Celebrate his brilliance.”

“Knowing Rajput was loving him. I just want everyone to know and remember him for the person he really was. Not this manufactured version the peddlers are trying to sell. Maybe he was too good for all of you. You didn’t deserve him,” she said.

She concluded her message by saying she wanted to clarify all hearsay because “Protecting his legacy is important to me.”