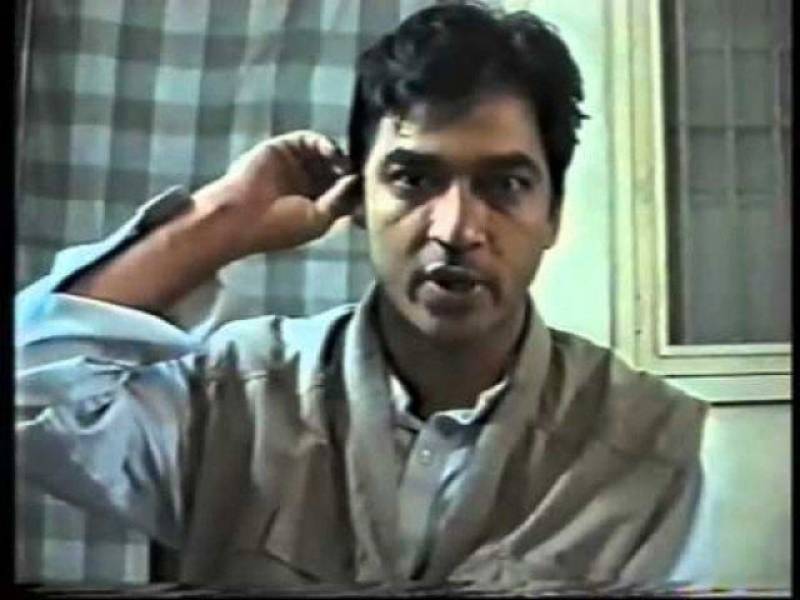 MACHH (Web Desk) – The government of Pakistan have postponed the execution of death row prisoner Saulat Mirza for next 72 hours, local TV channel reported on Thursday.

According to detail, former Muttahida Qaumi Movement (MQM) worker's hanging was shelved for three days after he had shown some of the deadly cards on TV channels he had so far been keeping close in a last-ditch bid to buy some more time, local TV channel Samaa reported.

"On the behest of party's London-based leader Altaf Hussain, Senator Babar Ghouri ordered the four of us to gun down the managing director of (formerly) Karachi Electric Supply Corporation --currently K-Electric-- Shahid Hamid," Mirza alleged in a rare statement issued from his death cell Wednesday night.

Begging pardon for his heinous crimes, Mirza, who had tears in his eyes, warned the party workers, sympathizers, and wannabe members, against falling in the wrong hands and the subsequent brainwashing.

"Today I have become an example for all those who are in the party or deliberating to join it. Let me tell you they use the workers as tissue papers and then throws them away. So open your eyes and do what is right," he said dubbing himself as other activists as expendables.

Mirza said that he did not want to be hanged without sharing with the authorities a hoard of information that could prove vital in bringing about peace in Karachi.

“I know a lot of things that can help the men of affairs restore calm in the metropolis,” said he.

Meanwhile, President Mamnoon Hussain in an emergent high-level meeting in the president house decided to put off Mirza's execution for 72 hours.

The execution of Mirza had been fixed for today (Thursday).

According to Superintendent of Mach Prison, Ishaq Zehri, the family comprising wife, son and sister had also met him on Tuesday, ahead of two days his execution. “They met according to the procedure in the meeting area of prison with prisoner behind the bar,” Zehri said.

In April 2014, he was transferred to Machh jail death cell after his mercy plea was rejected by Sindh High Court and President of Pakistan.

Mirza will be sent to gallows on March 19 as ATC in Karachi has issued his ‘black warrants’.