Pakistani diplomat and his family harassed in India (VIDEO) 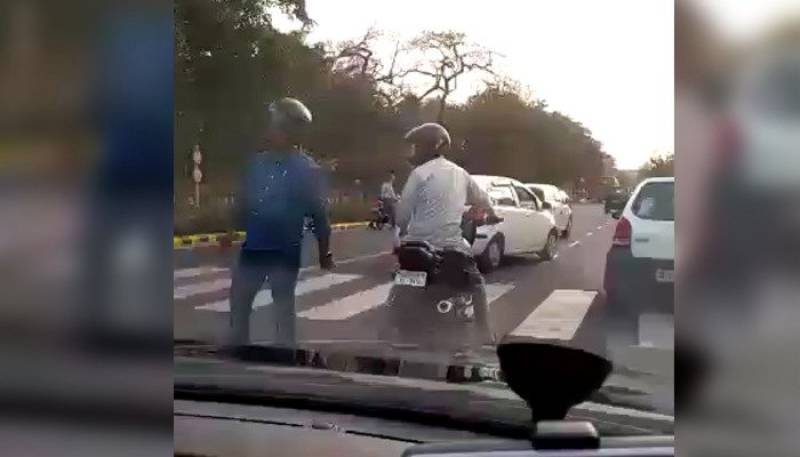 NEW DELHI: A Pakistani diplomat and his family was harassed in broad daylight while they were out in New Dehli. The diplomat's car was surrounded by two other cars from the front and behind alongside being caved in by two men who were on bikes. The video, posted by Viral in Pakistan on Facebook clearly shows that the perpetrators had blocked the Pakistani diplomat's car and were not letting him or his family move.

Here is the video in question

Although this scenario is also extremely condemnable, this is definitely not the first time something like this has happened across the border when an ambassador or a diplomat has been harassed in such a manner.  The seeds of distrust, hatred and "other-ness" have very well been translated into a permanent state of 'Us VS Them' mentality which will only pave the way for more incidents of the same kind.

The man is also seen asking a local for help when another onlooker inquires as to what the problem is, however, the man is also helpless and it is a good thing the diplomat was able to record this entire situation so that the masses can also know of the implications of our rivalry with India.

Indians however, have condemned this act as much as Pakistanis have online and some have even apologized for this behavior: 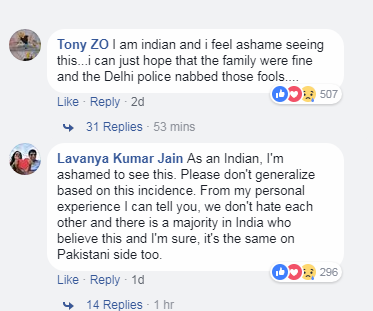 While most Pakistanis and Indians felt there was a dire need to correct these occurrences on both sides of the border: 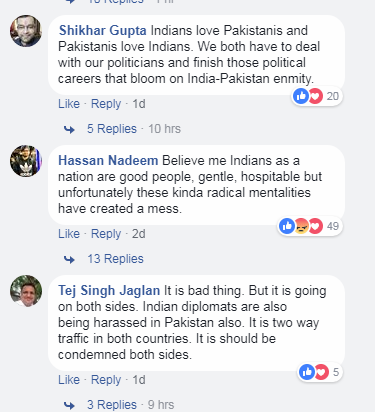