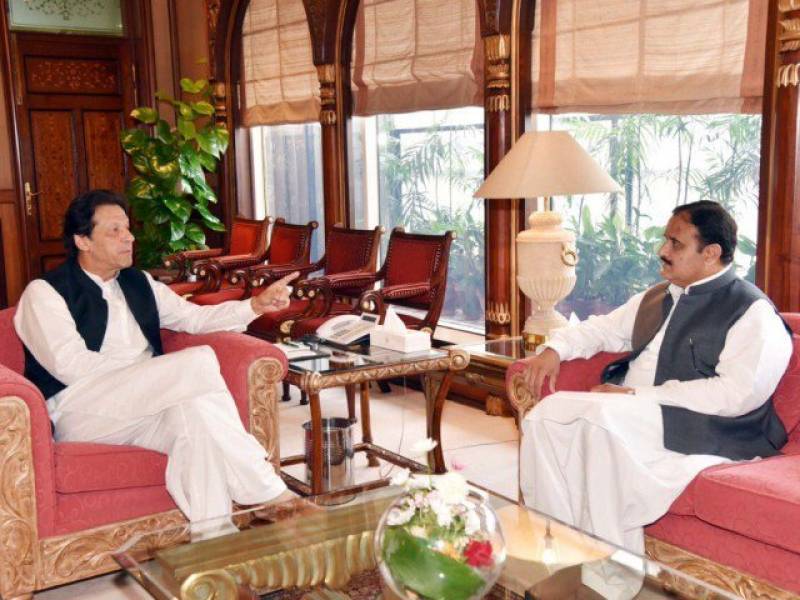 ISLAMABAD - Chief Minister Punjab Usman Buzdar called on Prime Minister Imran Khan on Monday and discussed political situation including the recent controversy over the increase in compensation of provincial lawmakers.

According to sources, the CM Punjab informed the premier about his side of the story and told him that the decision to enhance the perks was made by the entire assembly. The meeting took place at the PM House in Islamabad.

Elaborating the matter, the chief minister informed the premier that he was fully satisfied with his vision of simplicity and austerity, the sources added.

During the meeting, CM Buzdar also discussed the overall political scenario of the province.

The Punjab Assembly increased the salaries, perks and privileges of its members to more than double in haste on Wednesday. The legislation also ensured perks for chief minister including a car and house till death subject to certain conditions.

The bill ended up as a unanimous bill since none of the members opposed it except PPP’s parliamentary leader Hasan Murtaza - though the house remains divided otherwise on matters of public importance.

However, the implementation of the bill was stopped after the prime minister expressed his disappointment over it on Twitter and advised Governor Punjab Muhammad Sarwar not to sign it.

LAHORE – Prime Minister Imran Khan has expressed disappointment over the recent decision made by Punjab Assembly to ...

The Prime Minister took to Twitter and wrote: “I am extremely disappointed by decision of Punjab Assembly to raise pays & privileges of MPAs, Ministers & esp CM.”

Fawad said that “Seems Punjab Government and the CM House is in the dark about the PM and the federal government austerity policies otherwise such sham exercise of awarding huge benefits to themselves would not have happened.”