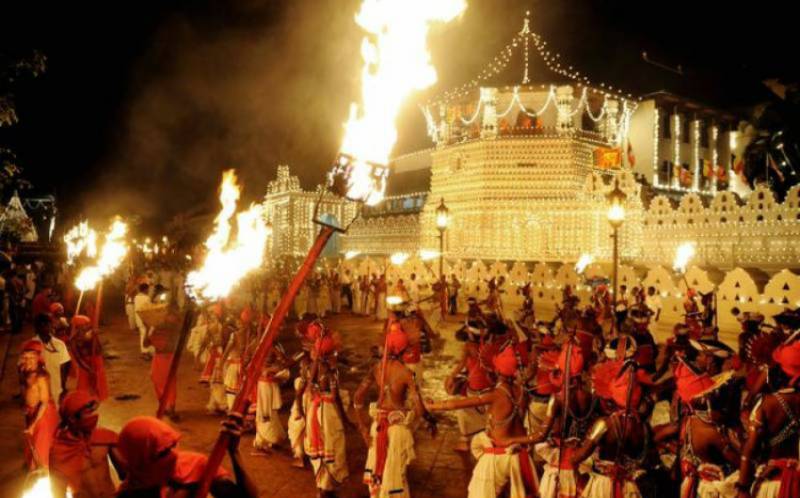 ISLAMABAD (Web Desk) - In order to be part of the most important annual Vesak Buddhist Festival falling on May 21, Pakistan is providing sacred bone relics of Lord Buddha to Sri Lanka to be displayed throughout the country.

The exposition is being organized on the request of the Sri Lankan government under the bilateral cooperation agreement in the field of culture.

The relics will be arriving in Sri Lanka for an extended period on the auspicious day of Vesak on May 21, 2016 and will be exhibited until Full Moon Poson Poya Day, according to a message received here from Colombo on Wednesday.

The sacred relics will be handed over by the Pakistani authorities to the Sri Lankan side in a special ceremony to be held at Taxila on 19th of May 2016.

The relics are invaluable part of the archeological heritage of Pakistan and depicts the rich Buddhist history of the country. According to historians, the territory that is now Pakistan holds great significance in the Buddhist world, and is considered by many as the birthplace of Buddhist religion and culture.

The exhibition will further strengthen the deep rooted cultural relations between the two countries.