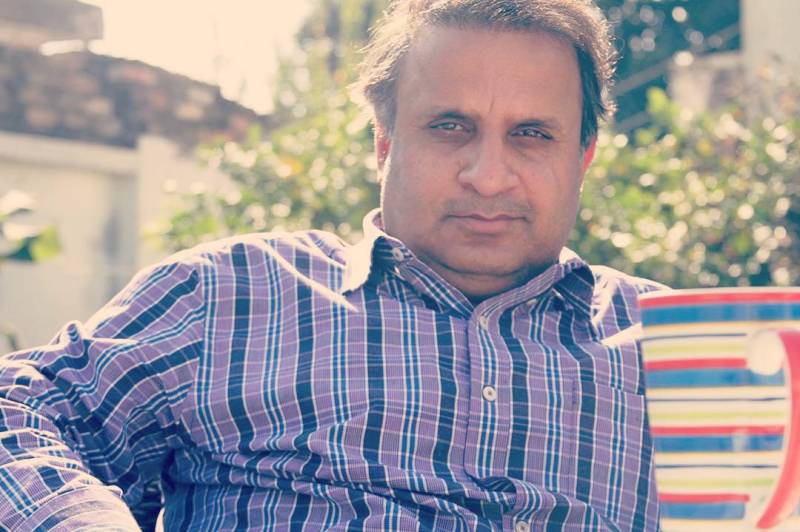 ISLAMABAD - Pakistan's top newsmen seem to be on a collision course as seasoned journalist Rauf Klasra has moved Federal Investigation Agency against his fellow Mubashir Zaidi and others after the latter accused him of securing illegal allotment of a plot in Islamabad.

Klasra, who gives a hard-hitting analysis of the political scenario in his show 'Muqabil' was alleged by senior Dawn News anchor Mubashir Zaidi of getting a plot in the upscale G-13 sector of the capital during the stint of former premier Yousaf Raza Gillani, flouting the norms of journalism.

Mubashir Zaidi, who is quite active on Twitter hurled the accusation through the same medium, however, Rauf Klasra refuted the allegations and went a mile more by lodging a complaint with the FIA.

UNDP employee Mrs Fouzia Yazdani too has been summoned by FIA on Nov 20 to come and prove it after she tweeted on twitter recently RK wife was a “ghost employee”... https://t.co/ioMTTNSDEC

A snapshot of notice was also shared by the journalist, which was disputed by the Mubashir Ali Zaidi who claimed that he received no such notice while correcting himself that he was referring to the G-14 plot instead of G-13. 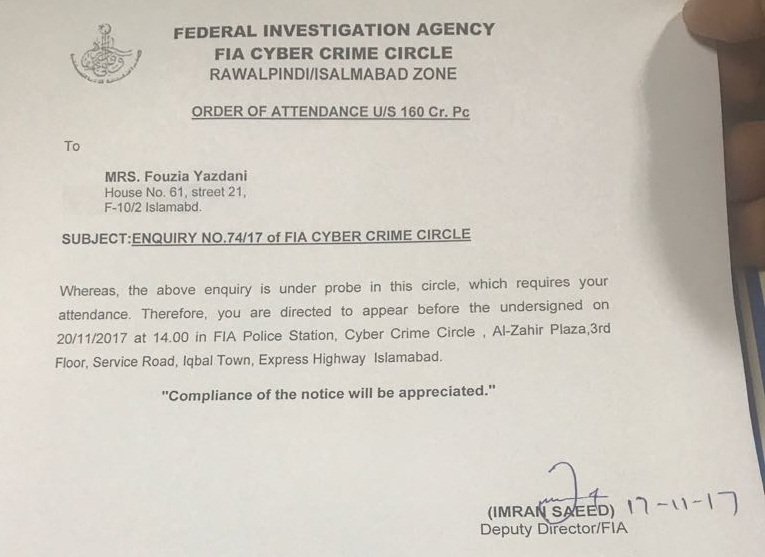 He responded that Klasra was resorting to lies in a similar fashion as he used to do on the television screen.

Zaidi also quoted a story filed by the reporter Usman Manzoor according to which the plaintiff got a plot measuring 500 sq yards in street No. 71, G-14/2 for which the provisional letter was issued on 29-01-2009.

To this, Klasra fired another salvo that the barrage of allegations was hurled by Mubashir Zaidi but the onus of proof was being deflected to Usman Manzoor.

Though the renowned Urdu columnist insisted that he received no plot from Yousaf Raza Gillani, however, Mubashir Zaidi claimed that no such notice was issued adding that they had the proofs of unauthorised allotment.

Bring it on. We have the proofs https://t.co/cjHAHxRmsw

In another tweet, the 92 News anchor alleged that the accusatory tweets made by Mubashir Zaidi were deleted by him.

The Islamabad-based journalist clarified that not only FIA, but multiple petitions in separate courts were also filed. He also revealed his counsel Shah Khawar and Salman Qamar.

According to the journalist, Yazdani had alleged that the wife of Rauf Klasra was a ghost employee.

For your information Fzuzia Yazdani pls.
FIA cyber crimes wing inquiry against you has started after you tweeted my wife was “ghost employee”-so for your information so you can go and prove what you alleged on twitter or get jailed/fine.One case in ISB court too@yazdanifauzia pic.twitter.com/VHn0nNScon

He also detailed the cases initiated against scores of journalists pertaining to illegal allotment of plot.

Islamabad Court proceedings against Mubashir Zaidi&five others are about to start affte I file 5 seperate defamation cases. You can also join MZ in court/FIA to prove my “deeds”. Can also make you party in same court/FIA case to give you chance too otherwise face jail/fine https://t.co/LIeSQVJwR8

Let it be known that the allegations were hurled back in June, however, the proceedings have gained pace now and as the journalists are openly engaging in skirmishes on public platform, more details are expected to emerge in days to come.

The controversy started when a television show 'Apna Gareban' hosted by Mati Ullah Jan went viral over the internet in which Rauf Klasra was invited as a guest for clarifying his position regarding the rented houses he was occupying.

The show was broadcasted some 6 years back but, a recently, the debate regarding the illegal allotment and 'unholy' favours received by the influential journalists was reignited.

Another media veteran Javed Chaudhry also had a skirmish with Rauf Klasra over the same plot issue, however, no legal battle came to the fore at that time.