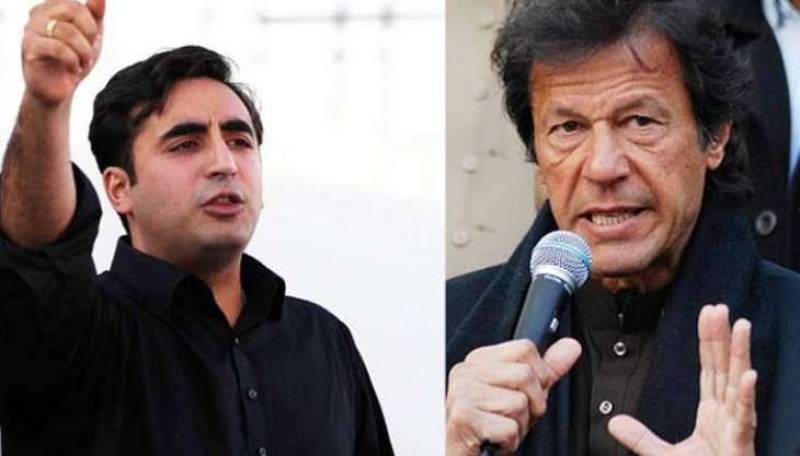 LAHORE- Pakistani politicians have a knack for ruthlessly trolling each other for petty little things. They take pleasure in ridiculing their opponents for their gender, sexuality or even the way someone speaks. Speaking of which, Prime Minister took a recent opportunity to troll the Chairman of the opposing PPP while at an event and it didn't go down well with Twitter.

During the inaugural ceremony of Havelian-Mansehra section of the Hazara motorway at Havelian on Monday evening, IK made fun of Bilawal's effeminate style.

Mr Khan continued: “Bilawal claims to be a liberal; in fact, he is nothing but liberally corrupt.”

Feeling the burn, Bilawal Zardari retorted to Khan's mimicry and Tweeted:  “I am neither liberal nor corrupt or a hypocrite. I am progressive and a visionary with one year in politics. You are 70 years old who has been doing ‘selected’ politics for 20 years. If you have any identity, it is of taking U-turns, of being a hypocrite and a puppet.”

Khan's attempt to mock Bhutto didn't go down well with the desi Twitterati and here's what they had to say:

Making fun of someone (that too infront of a room full of people) trying to speak any language is just awful. Making fun of Bilawal's Urdu is transparent & petty. And coming from the leader of our country, its honestly appalling.

This is very disturbing to see the Prime Minister of Pakistan acting like a Comedian where he is trying to mimic Bilawal Bhutto in a public gathering. When will he understand that he needs to act according to the designation he is holding since a year? #ImranKhan pic.twitter.com/Tcv5WVcyCE

Cheap shot. This was hard to watch. Especially when you realise IK is the PM. https://t.co/HXewekzNDf

Many stood in support of Khan as well: