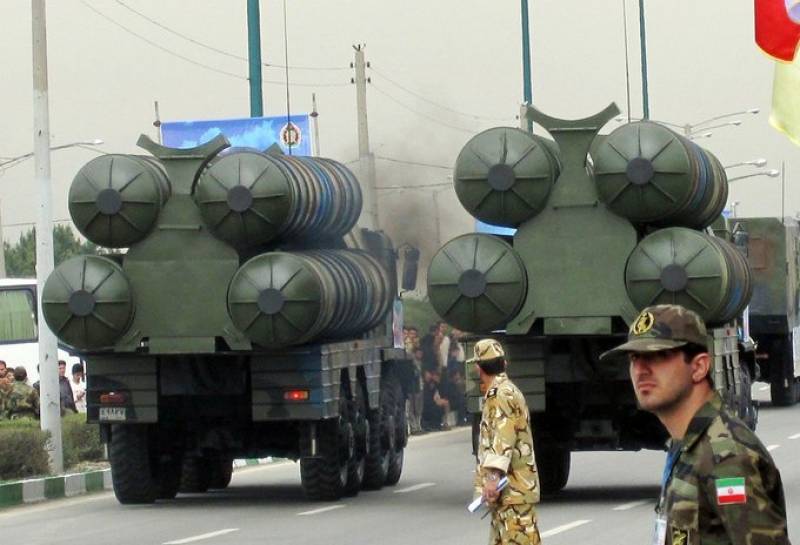 TEHRAN – Iran says a 13-year UN embargo on arms sales to and from the Islamic republic expired Sunday in line with a 2015 landmark nuclear deal with world powers from which Washington has withdrawn.

Tehran, which could now purchase weapons from Russia, China and elsewhere, has hailed the development as a diplomatic victory over its arch enemy the United States, which had tried to maintain an indefinite freeze on arms sales.

"As of today, all restrictions on the transfer of arms, related activities and financial services to and from the Islamic Republic of Iran... are all automatically terminated," the foreign ministry said in a statement.

A momentous day for the international community, which— in defiance of malign US efforts—has protected UNSC Res. 2231 and JCPOA.

Today's normalization of Iran’s defense cooperation with the world is a win for the cause of multilateralism and peace and security in our region. pic.twitter.com/sRO6ezu4OO

The embargo on the sale of conventional arms to Iran was due to start expiring progressively from October 18 under the terms of the UN resolution that confirmed the 2015 nuclear deal between Tehran and world powers.

"As of today, the Islamic Republic may procure any necessary arms and equipment from any source without any legal restrictions, and solely based on its defensive needs," the ministry added in the statement on Twitter.

It insisted that under the terms of the deal, struck with the United States, China, Britain, France, Germany and Russia, "the lifting of arms restrictions and the travel ban were designed to be automatic with no other action required".

US President Donald Trump withdrew his country from the nuclear deal in 2018 and has unilaterally begun reimposing sanctions on Iran.

But Washington suffered a setback in August when it failed to win support from the United Nations Security Council to indefinitely extend the arms embargo.

It was "a momentous day for the international community," the Iranian ministry said on Sunday, adding the world had stood with Tehran "in defiance of the US regime's efforts".

Despite pulling out of the nuclear deal, the Trump administration insists it is still a "participant" and can therefore go ahead with reimposing sanctions.

On the other hand, Secretary of State Mike Pompeo said Sunday that the US will levy sanctions for selling arms to Iran even as the United Nations embargo against sales to the nation expires.

“The United States is prepared to use its domestic authorities to sanction any individual or entity that materially contributes to the supply, sale, or transfer of conventional arms to or from Iran, as well as those who provide technical training, financial support and services, and other assistance related to these arms,” Pompeo said in a statement.

“For the past 10 years, countries have refrained from selling weapons to Iran under various U.N. measures,” Pompeo added. “Any country that now challenges this prohibition will be very clearly choosing to fuel conflict and tension over promoting peace and security.”