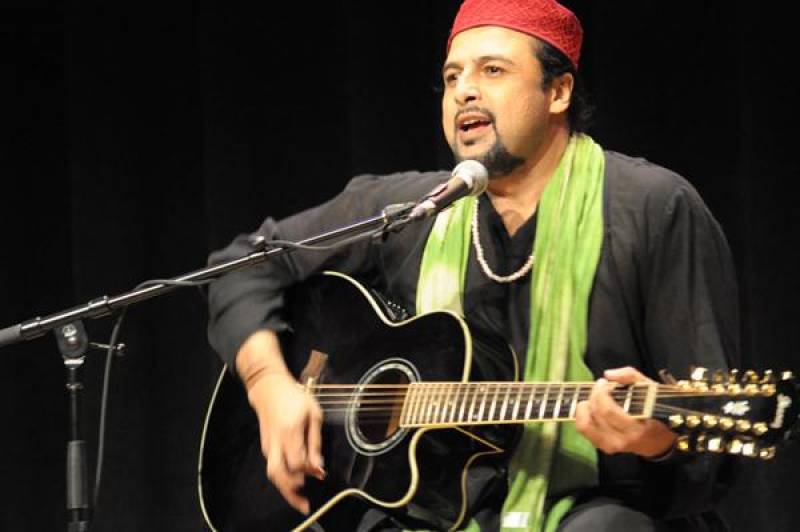 KARACHI (Web Desk) - Pakistani singer Salman Ahmad, who used to be a member of Vital Signs and later gained prominence with Junoon, will make his Bollywood debut with Rhythm.

Yes it’s true, for once we will see Salman Ahmad involved in a movie with not a soundtrack but actually acting on-screen!

And the prominent guitarist and musician had plenty of stuff to say about his upcoming movie and the fact that he was acting in it.

“I think it is really good. If you see both countries from the prism of films and music, then there’s nothing wrong,” said Salman.

Salman Ahmad blamed politics for any feelings of animosity that the two nations shared.

“We are divided by politics. And when there is a cricket match between the two countries, we suddenly forget the love we have for each other,” he said. Salman Ahmad also revealed how he had always been a fan of Bollywood and Amitabh Bachchan in particular.

“When I was a little boy, I remember watching Bobby. During the 70s and 80s, I watched a lot of Amitabh Bachchan films, I am a huge fan,” added Salman.

And he also revealed whom he admired among the current celebrities.

“Among the contemporary Bollywood films, I like 3 Idiots. I have also had the chance of meeting Salman Khan and Shah Rukh Khan. Personally, I feel Ranbir Kapoor, is a really talented guy,” added the veteran artist.