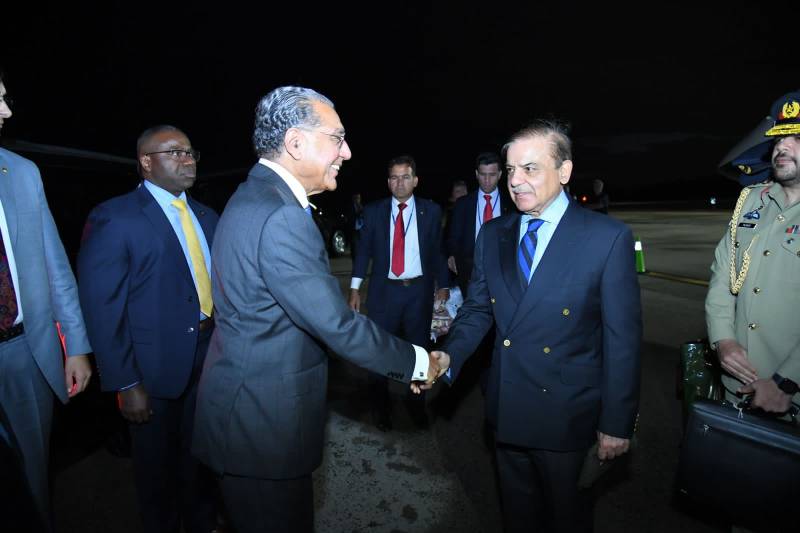 During his stay in the first US capital, the premier will have important bilateral meetings with the leaders of other countries.

PM Shehbaz Sharif will attend the reception of the Secretary General of the United Nations today and will also interact with French President Emmanuel Macron.

PM Shehbaz will have important bilateral meetings with the leaders of other countries during his stay in New York.

Besides, Shehbaz Sharif will also hold meetings with the Austrian Chancellor and Spanish President tomorrow and will meet the President of the European Union Council Charles Michael.

The Prime Minister will also participate in the Global Food Security Summit.

Apart from Turkish President Recep Tayyip Erdogan, Shehbaz Sharif will also have a bilateral meeting with Iran's President Seyed Ibrahim Raisi. He will host a luncheon in honor of the President of Turkiye and his wife on Wednesday.

The Pakistani prime minister will address the UNGA on Friday.