US pulling out troops from Syria as Trump claims defeating IS 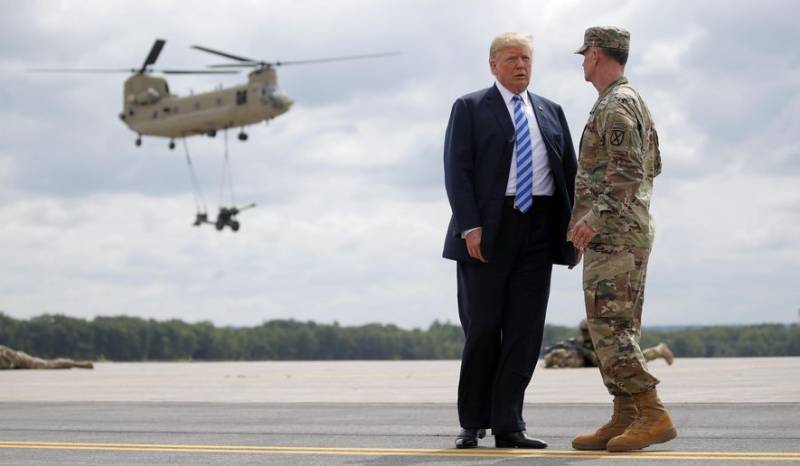 WASHINGTON - United States troops are being withdrawn from war-battered  Syria after President Trump claimed that the Islamic State (IS) group had been defeated there.

Trump took to Twitter on Wednesday and announced victory, falling short of announcing the withdrawal from Syria.

We have defeated ISIS in Syria, my only reason for being there during the Trump Presidency.

However, the Pentagon, as well as White House, said the US had started returning troops home as it was transitioning to the next phase of the campaign - without providing further details.

The Pentagon said it would not provide further details of what that next phase is "for force protection and operational security reasons".

Meanwhile, the White House said the US and its allies stood "ready to re-engage at all levels to defend American interests whenever necessary, and we will continue to work together to deny radical Islamist terrorists territory, funding, support and any means of infiltrating our borders".

Some 2,000 troops have helped weed out IS from north-eastern Syria, however, fighters still remain on ground despite the intervention of foreign players. A US official told media that all U.S. State Department personnel are being evacuated from Syria within 24 hours

The withdrawal stirred mix reactions with defence officials wary of a complete pullout. Syria's key ally and a major support to embattled Bashar al Assad, said the US withdrawal could create prospects for a political settlement.

The announcement comes days after Brett McGurk, special presidential envoy for the global coalition to defeat IS, negated withdrawal from the war-ravaged area.

"Nobody is saying that [IS fighters] are going to disappear. Nobody is that naive. So we want to stay on the ground and make sure that stability can be maintained in these areas," he had asserted.

There will be much resentment and feeling of abandonment that will be directed toward American personnel.

The confusion surrounding our Syria policy is making life much more difficult and dangerous for Americans in the region.

President Trump had promised during his barbs-laden presidential campaign to withdraw American troops from Syria.