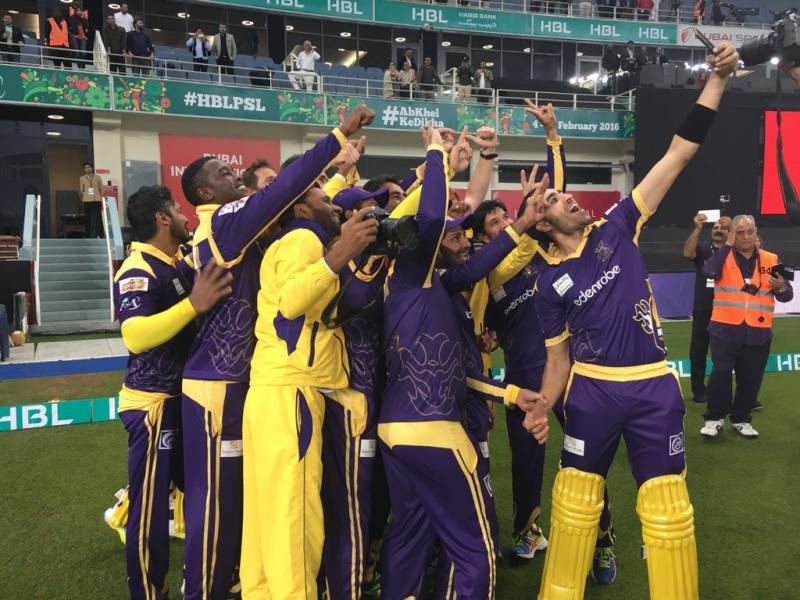 Quetta Gladiators to be the first team to qualify for Pakistan Super League (PSL) final, at Dubai International Stadium, UAE.

Gladiators lost early wickets and took time to get back the momentum of the innings, it was all good untill Sangakkara (37) and And Pietrsen (57) were on the crease, once they were taken off by Zalmi, Gladiators lost it back. Skipper Sarfraz (o), Grant Elliot (5), Anwar (5) and Bismillah Khan (0) were other batsmen to fail in Quetta innings.

Mohammad Nawaz’s brilliant bowling disturbed strong batting lineup of Peshawar Zalmi, he took 3 wickets and grab the award of man of the match.

Zalmi pacer Wahab Riaz was picking of the bowler with his 3-17 in 3.3 overs.

Zalmi in reply were completely of control of the match, they kept loosing back to back wickets throughout the inning.