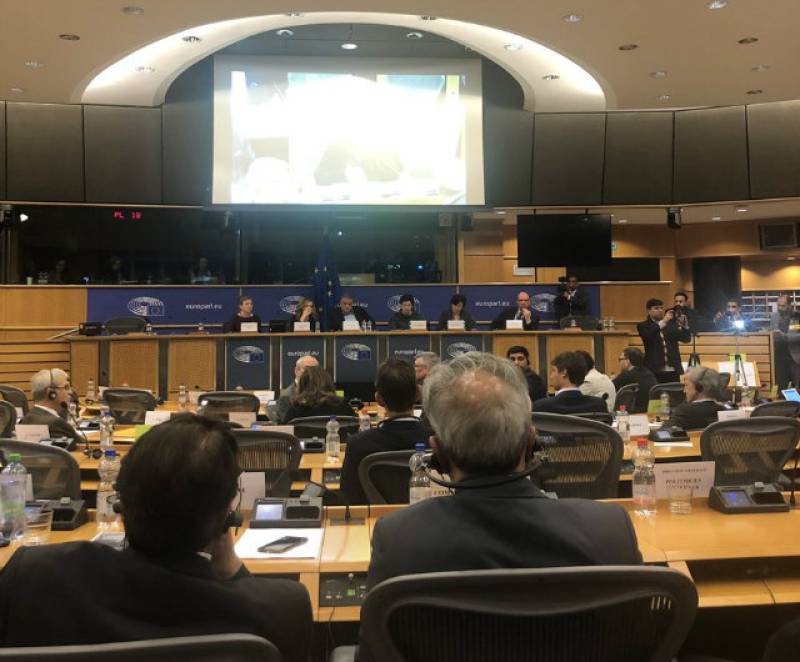 ISLAMABAD – As another sign of the international community’s attention towards the Kashmir dispute, the European Parliament is going to hold a historic hearing on the human rights abuses in occupied Kashmir in Brussels.

According to Kashmir Media Service (KMS), the hearing will be led by a UN expert. The exchange of views will take place in the human rights committee and will focus on the UN report condemning the human rights abuses in IoK.

EU should not do trade with countries that violate Human Rights. MEPs condemn braidchopping and support the OHCHR report to immediately end atrocities in IoK. #KashmirBleeds

Wajid Khan, a British Member of the European Parliament who was instrumental in securing the hearing said: “Today is monumental. For too long the world has ignored the most militarised zone in the world. The Kashmiris have suffered brutal attacks, including sexual violence and forced disappearances.”

He further said, “Today’s hearing will not change that overnight, but finally the international community is taking note. The world is watching, and hopefully, together we can achieve peace.”

He said at one point, peace in Northern Ireland seemed distant and near impossible, but now it is hard to believe that the troubles happened in Europe only 20 years ago. This, he added, could also happen in Jammu and Kashmir in case everyone worked towards establishing peace and prosperity in the region.

Earlier, Pakistan’s Ambassador to the EU, Belgium and Luxembourg Mrs Naghmana Alamgir Hashmi hosted a dinner in the honour of the Prime Minister of Azad Kashmir, Raja Farooq Haider Khan and the Members of European Parliament at the Pakistan House in Brussels, Monday night.

Raja Farooq Haider Khan, speaking to media on the occasion, said the Pakistanis expect that the Indian policymakers will not make such statements that will further aggravate the already tense situation existing between Pakistan and India. He said in such a case the situation would get out of control and the world would be left to rue only.