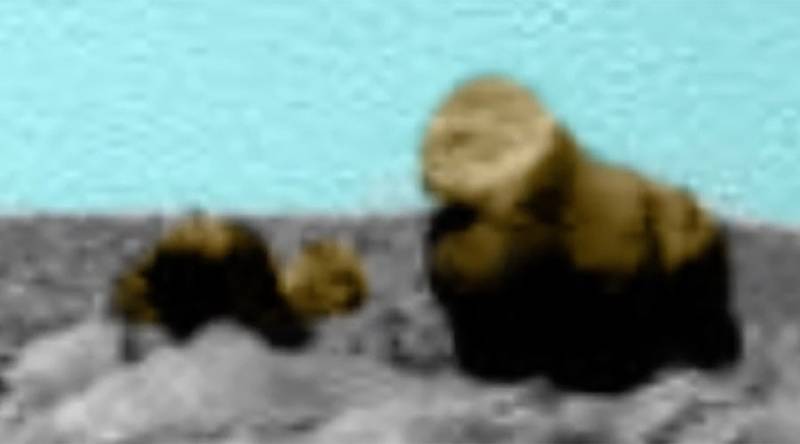 WASHINGTON (Web Desk) - A suspicious ‘alien bear’ and its cub have allegedly been identified inhabiting the red planet after an amateur assessment of NASA footage.

A character named ‘Mister Enigma’ who claims he is a “source for the best UFO, alien, ghost news”.

Enigma examined NASA’s Curiosity Rover footage and said the image may be the most compelling proof of life on Mars, RT reported.

“A gorilla or bear type creature or maybe even a statue of a creature,” he said about what appears to be a large rock.

“I know it sounds crazy but just look at them,” he said.

Space gorillas are unsurprisingly not the weirdest thing conspiracy theorists have found on Mars.

A space crab, a space lizard, a giant mouse and even a Star Wars ship have been discovered on the Red Planet by UFO believers, who review NASA images.

Ashwin Vasavada, a NASA scientist who works on the Mars rover project said that while UFO believers can at times be helpful, he believes people who find such objects have pareidolia, a psychological condition where the brain imagines a familiar pattern when there is none.