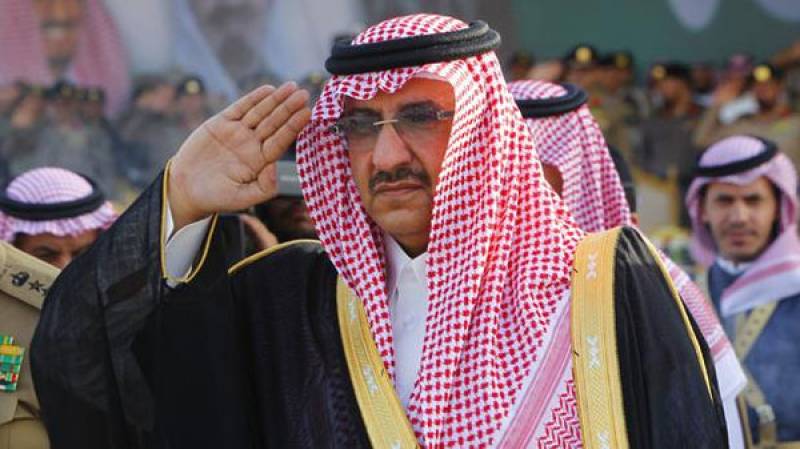 According to Reuters, in June, Nayef was summoned to a palace in Mecca, held against his will and pressured for hours to give up his claim to the throne.

By dawn, he had given in, and Saudi Arabia woke to the news that it had a new crown prince: the king’s 31-year-old son, Mohammed bin Salman.

The king ordered him to step aside in favour of the king’s favourite son, Mohammed bin Salman. The reason: an addiction to painkilling drugs was clouding MbN’s judgment, Reuters reported.

“The king came to meet MbN and they were alone in the room. He told him: ‘I want you to step down, you didn’t listen to the advice to get treatment for your addiction which dangerously affects your decisions,” a source close to MbN told Reuters.

Sources with knowledge of the situation told Reuters that the king was determined to elevate his son to be heir to the throne and used MbN’s drug problem as a pretext to push him aside.

Three royal insiders, four Arab officials with links to the ruling house of Saud, and diplomats in the region, told Reuters that MbN was surprised to be ordered to step aside.

“It was a big shock to MbN,” told a Saudi political source close to MbN to Reuters. “It was a coup. He wasn’t prepared.”

The sources said MbN did not expect to be usurped by the often impulsive Mohammed bin Salman, who MbN considered to have made a number of policy blunders, such as his handling of the Yemen conflict and cutting financial benefits to civil servants.

"The source close to MbN acknowledged that he had health issues, which were aggravated after an al Qaeda attacker tried to blow himself up in front of him in his palace in 2009. The health issues were corroborated by three other sources in Saudi Arabia and Arab official sources with links to the royal family," the report added.