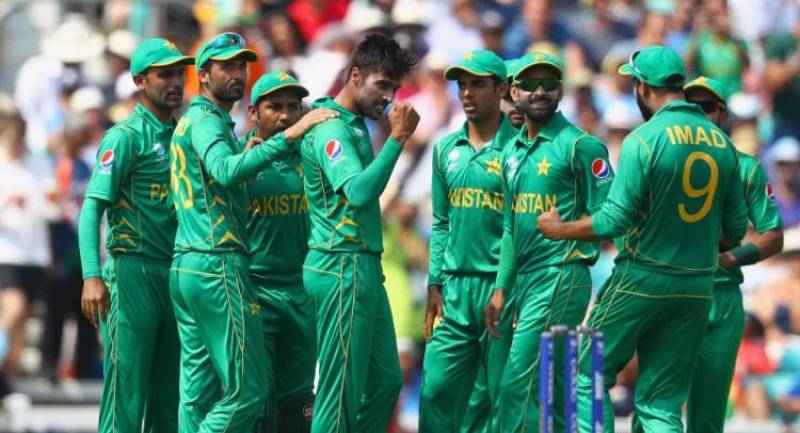 "I am requesting all of the countries, you must come to Pakistan," he said. "Everybody knows law and order is not good but it is not our fault. Especially for youngsters, we need home series because, everywhere, there is no cricket in Pakistan."

"How can we promote cricket to our youngsters if there is no international game in Pakistan," he asked, "how can I motivate my son and my neighbours’ small children?"

It was hard not to feel for him. The issues he raised in that press conference, though, weren’t problems that cricketers could solve. That was 2009. Pakistan have played out their international cricket since then under a near-blanket ban on home games. It has posed plenty of challenges to a team that has had to adjust multiple sets of incoming players to a pretty barren, soulless adopted home environment.

But an exile of this nature does more than that. It robs potential role models of a lot of their immediacy. It cuts out the possibility of transitioning new players into the team in familiar surroundings. It makes the kind of collective belief that drives the best teams in the world harder to develop because thousands of rabid fans don’t turn up to every home game and cheer every play you make. It can hurt the relevance attached to a lot of the cricket played by your country’s team. It broadens, in several little ways, the gulf in the level the game is played at outside the country by the best teams in the world and the level it is played at within the country.

In India, cricket extending its legs as the number one sport in the country over the past few years is a testament to cash and innovation and a TV-friendly sporting product making inroads into the attention of successive generations. In Pakistan, cricket still being the number one sport today is as much a statement of survival and defiance as anything else.

When this Pakistan team lost to India in Birmingham two weeks ago, it was a performance as poor as today’s was complete. Pakistan looked like a team who’d recently had two of their longest tenured batsmen retire. They’d also lost Afridi, whatever role he fit in that team. That right there was hundreds of games of experience playing for Pakistan, and hundreds of hours of playing for Pakistan against India.

They’d lost another batsman who’d otherwise walk into this team because he was farcically found to be unfit after landing in England for the tournament. Critics asked, for the hundredth time, why their best spinner doesn’t play white ball cricket. They looked very much like the lowest ranked team at this tournament – a team that had to reschedule a series just so they’d have enough ranking points to qualify for the tournament at all.

Leading up to today, we all knew the stats. That, coming into the final, India’s top 3 had scored more runs in this tournament than the entire Pakistan team. That, coming into this tournament, the entire Pakistan squad of fifteen had scored fewer runs against the white ball than Dhoni, Kohli and Yuvraj. That, if Pakistan got put in to bat, they’d have to break a sequence of eight games in a row won by the chasing team at this tournament. That, even forgetting the lazy nationalist spin that gets put on their games against India, Pakistan would have to overcome all this against a team that was 34-7 in ICC tournament play since 2011.

It’s tempting, therefore, to call the Pakistan team coming back from that Birmingham game to win this final a miracle. But eight years and zero progress after Younis Khan’s impassioned plea in London, it’s just as much a miracle that a Pakistan team was there at all.

And let’s be clear, this team going to struggle to find consistency for a while yet. It’s going to be hard for them because, in a world fast gravitating towards T20, their indigenous T20 league is only two seasons old, and has only ever staged one match in Pakistan. It’s going to be harder still because the generation most likely to supply fresh talent will have spent its formative years in a country under an international lockout and will take some time to catch back up.

But their T20 league has already produced someone who walked into a Champions Trophy final and smashed a game-changing hundred. And if there’s one thing still reliably Pakistani about this team, it’s that if they get enough runs to defend, their fast bowlers will take your lunch money.

As an Indian, I can’t say that I’m happy they won today. But as a cricket fan who recognizes the scale of what they’re attempting to do and how far they have left to go, I can’t help but wish them well.

This post was first published on Eashan Ghosh's Facebook Page and is being reproduced here with permission.