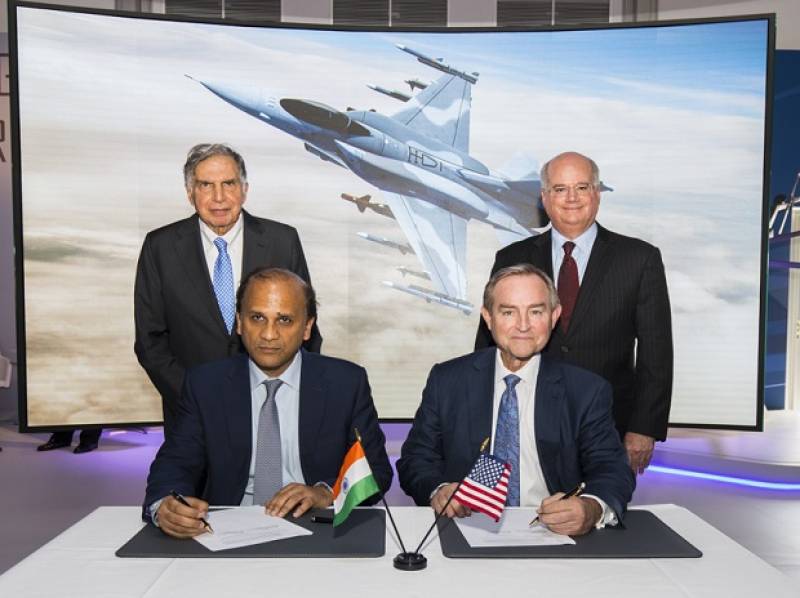 WASHINGTON - US defence giant Lockheed Martin and India’s Tata group signed an agreement on Monday to jointly build the F-16 Block 70 fighter in India, should New Delhi opt for the American aircraft in the procurement of single-engine fighters for its air force.

Highlighting the importance of this contract for the Tata group’s aerospace and defence aspirations, Chairman Emeritus Ratan Tata attended the signing ceremony at the ongoing Paris Air Show in France.

The Tata group has earmarked Tata Advanced Systems Ltd (TASL) to build the F-16 in India with technology and manufacturing facilities transferred from Lockheed Martin.

Coming ahead of Prime Minister Narendra Modi’s visit to the United States this month, Lockheed Martin’s inking of this joint venture (JV) – which would have required formal clearance from Washington – indicates that, despite President Donald Trump’s promises to keep skilled jobs in the US, his administration is willing to transfer the ageing F-16 production line from Texas to India.

TASL and Lockheed Martin already have a joint venture (JV) that manufactures airframe components in Hyderabad, including for the C-130J Super Hercules airlifter and the Sikorsky S-92 helicopter.

However, the manufacture of F-16 Block 70 would be a far more ambitious project. This would first require the Ministry of Defence (MoD) to select the Tata group as an Indian “strategic partner” for aircraft production. Next, the IAF and the MoD would have to choose the F-16 Block 70 as the air force’s single-engine fighter aircraft. That multi-billion dollar procurement has already kicked off with the issue of a global request for information (RFI) by the IAF.