Solar eclipse 'Ring of fire' in Pakistan today— time, places, how and when to watch 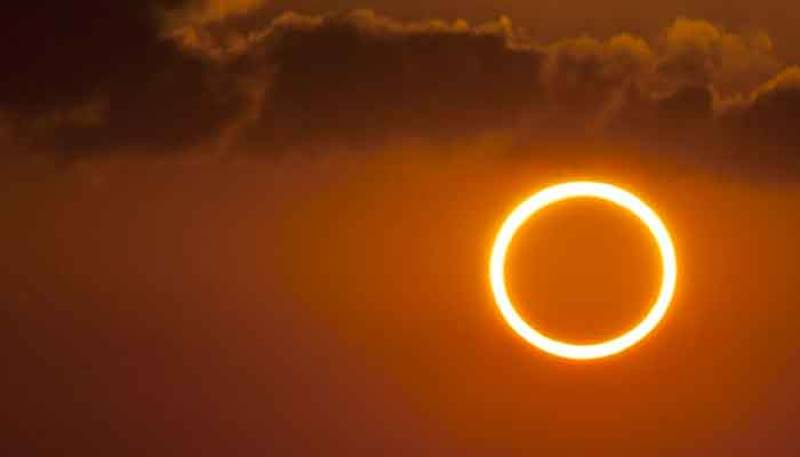 LAHORE - Solar eclipse in Pakistan has begun today (Sunday) during which  the sun appeared like a circle or ring of light.

Pakistan Meteorological Department (PMD) notified on Saturday that "The eclipse will be visible in many countries of Africa and Asia, including Pakistan, wherein some parts, partial and complete halo of light will be seen" .

A solar eclipse is visible in Karachi, Lahore, Islamabad and some other major cities across the country.

It is advisable for everyone to watch the eclipse using safety measures. "Because the Sun is so incredibly bright, it is still too bright to look at with unprotected eyes," an expert said. "You need safe solar viewing glasses or special filters for use with telescopes or binoculars."

Do's during a solar eclipse

Don'ts during the solar eclipse

Experts had warned people not to look directly at the sun without any protective eye apparatus as it could damage eyesight. The radiation would be much more direct than it was during the last solar eclipse that occurred earlier.