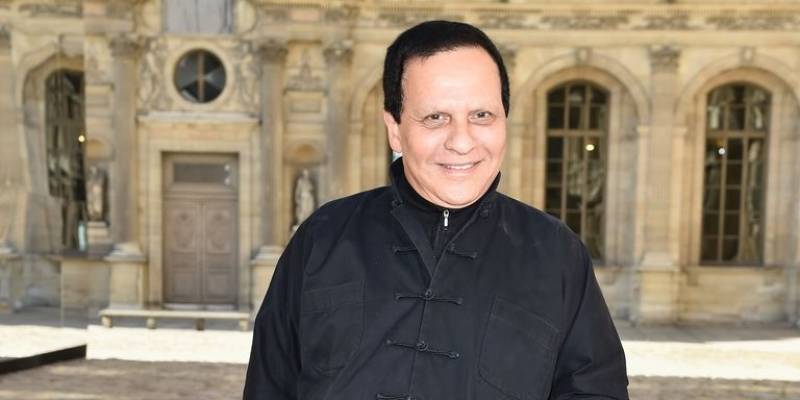 PARIS - Tunisian-born fashion designer Azzedine Alaia, who dressed famous women from Hollywood to the White House, has died at the age of 77 on Saturday.

Alaia moved from Tunisia to Paris in 1957 and worked for Guy Laroche, Christian Dior and Thierry Mugler before founding his own label.

The couturier was a star of the Paris fashion world in the 1980s and 1990s, when models Linda Evangelista, Cindy Crawford and Naomi Campbell strode down the catwalks in his trademark figure-hugging designs.

News of his death sparked a flurry of tributes from figures in the fashion and entertainment worlds.

A sad day. Rest in peace #azzedinealaia ...You were a true master and one of my biggest inspirations 🙏 x VB pic.twitter.com/ZIFMRtHHCH

Azzedine Alaïa passed away at the age of 77 today. One of the most influential couturiers in the world. You will be missed.

“I even do my ready-to-wear samples like couture.” pic.twitter.com/tODgcFx4Yq

Rest in peace to the master Azzedine Alaïa. Fashion is indebted to his legacy. pic.twitter.com/ibTDkUZqnt

These were my last moments w/ Azzedine Alaïa. He was just behind the door to my right as I sat on his stoop & sang “Joanne” to my fans. I’ll cherish this moment in my heart forever. As I was leaving he would not stop showering me w/ love+gifts. There will never be another #Alaïa https://t.co/zBNuW5kapg

Hearing of the passing of Azzedine Alaia. A designer who embraced women of color as models and muses when others didn't. May he rest in power and peace. pic.twitter.com/TzdiJUfBLo

R.I.P. Azzedine Alaïa. I am deeply saddened to hear that one of the most talented and iconic designers who shaped contemporary fashion has left us. Thank you for always empowering women and embracing diversity!

Azzedine Alaia, uncompromising master of the fashion form, has died in Paris. He defined what it meant to be a designer.

Alaia final show in July 2017, was opened by supermodel Naomi Campbell one of his protegees who affectionately knew him as “Papa”.