Guinness declares the longest baguette at 400 feet in Italy 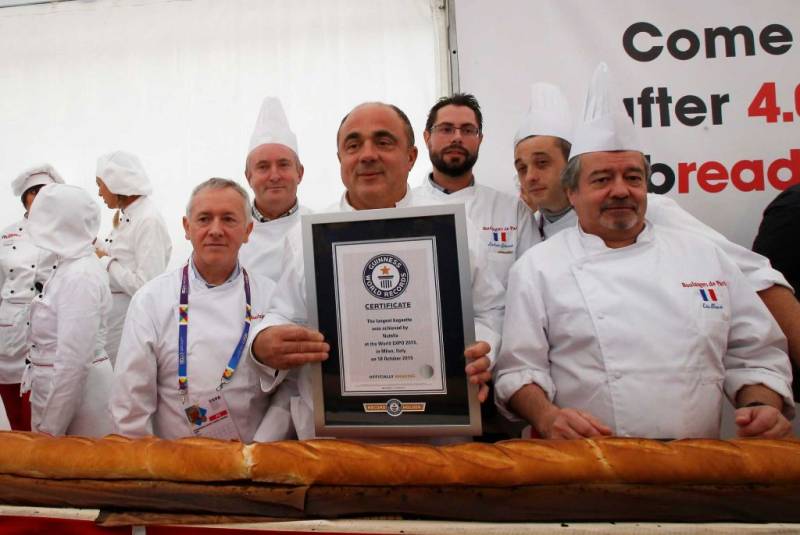 MILAN (Web Desk) - Visitors at the Milan World Expo 2015 World's Fair watched history in the making Sunday and chomped on a sweet surprise to boot.

After Guinness World Records certified a 400-foot-long baguette baked at the fair as the world's longest, the bakers slathered the bread with Nutella spread for all to share. That after nearly eight hours of labor rolling and baking the massive French bread that is known of its crispy crust and soft middle.

Backed by the Italian company Ferrero, famous for its Nutella chocolate and hazelnut spread, some 60 French and Italian bakers labored over the bread. The baguette was then being cut and smeared with Nutella to share with scores of Expo goers.

The previous record, 364-feet-long, was held by a French supermarket chain.