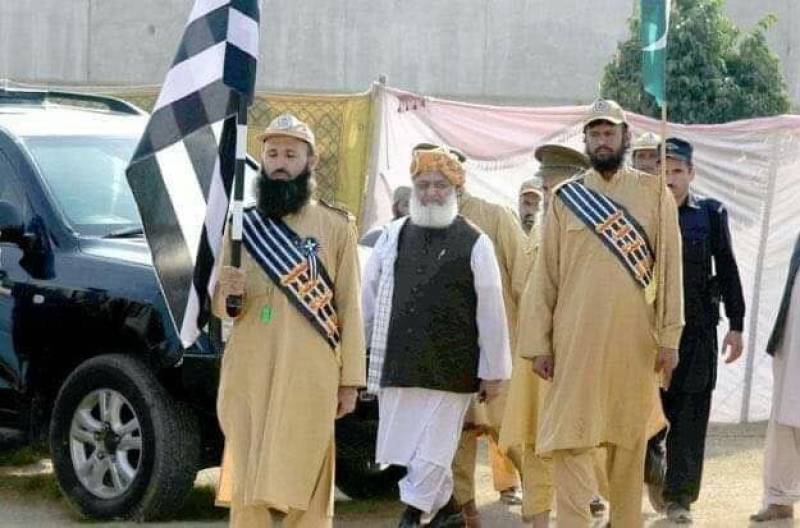 ISLAMABAD – The government of Pakistan has decided to ban Jamiat Ulema Islam (F) militia force Ansar-ul-Islam, according to reports in local media.

The Ministry of Interior has taken the approval from Federal Cabinet.

It has been mentioned by Ministry of Interior in the summary sent to Federal Cabinet that various reports shared by intelligence agencies revealed that JUI-F chief Fazalur Rehman has established a militant wing, which is uniformed private militia force named as "Ansar-ul-Islam" to provide security to marchers for their 'Azadi March'.

The uniformed force, carrying batons and sticks with wrapped barbed wires under a politico-religious party, apparently aims at challenging the writ of the government.

The rehearsals and march-pasts carried out by the said force during the workers conventions, recently held in Peshawar, pledging allegiance to the top leadership of JUI (F), has stirred fear among the general public and is being seen as a private armed militia combating force to confront the LEAs.

It further reads that it is feared that the said private militant force, reportedly around 80,000 all over Pakistan , may sabotage public peace and create disorder and anarchy across the country during the planned Azadi March and other political activities of JUI (F).