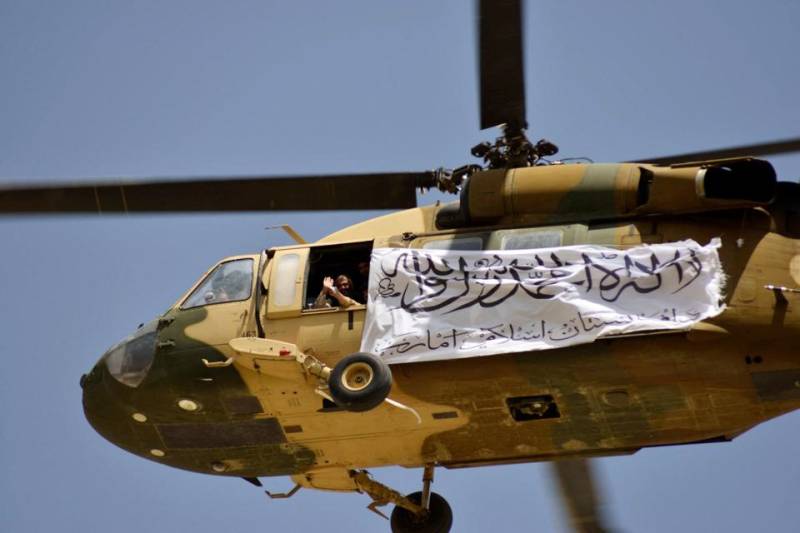 KABUL — Weeks after taking control of the country from the occupying foreign forces, the Afghan Taliban are now working to put together their own air force.

According to a short documentary made by Al Jazeera after obtaining access to the hangar where a team of experts is working to refurbish the destroyed military hardware left behind by the foreign forces, the Taliban have recruited a team of engineers, aviation experts and technicians to refurbish this equipment.

The equipment left behind by the US troops at the time of their departure in August this year can be seen row after row scattered all over an airfield also having many destroyed helicopters. There are even holes in the fuselage in the bodies. The ones that are intact, if you come inside them and enter the cockpit, there is nothing inside but shattered glass and destroyed equipment.

Engineers say they have already managed to repair dozens of aircraft.

“Like this helicopter, we completed the hard lines, but some lines may be missing so the jet did not start. We will try to solve that maybe in two days,” says Captain Shuja Mohammad, aviation engineer.

Until a few months ago, Major Farid Ahmad was hunting down the Taliban targets, but now he is part of the elite squad of this new air force being built by the Afghanistan’s new Taliban rulers.

“When the Taliban entered Kabul, the first guarantee they gave was general amnesty. I am sure they will stand by their words. If we all left, who would have brought this airfield back to life? It doesn’t matter to me who runs the country, our duty is to protect the borders and protect the assets and resources of Afghanistan,” says Major Farid Ahmad, a pilot.

The equipment held by the Taliban includes dozens of aircraft, hundreds of armoured vehicles and tens of thousands of guns.

Analysts say the Taliban have an arsenal comparable to some Central Asian states, but its technical capabilities are under question.

According to Dr Jonathan Schroden from CAN’s Countering Threats and Challenges Programme, “The maintenance gets harder, the more complicated it becomes. And so the real question is not so much the Taliban can get these things off the ground one time or even a small number of times, they question is for how long could they sustain those airframes without being able to do some of the higher level maintenance that they require.”