PM Sharif urges US, Britain to play role for end to violence in occupied Kashmir 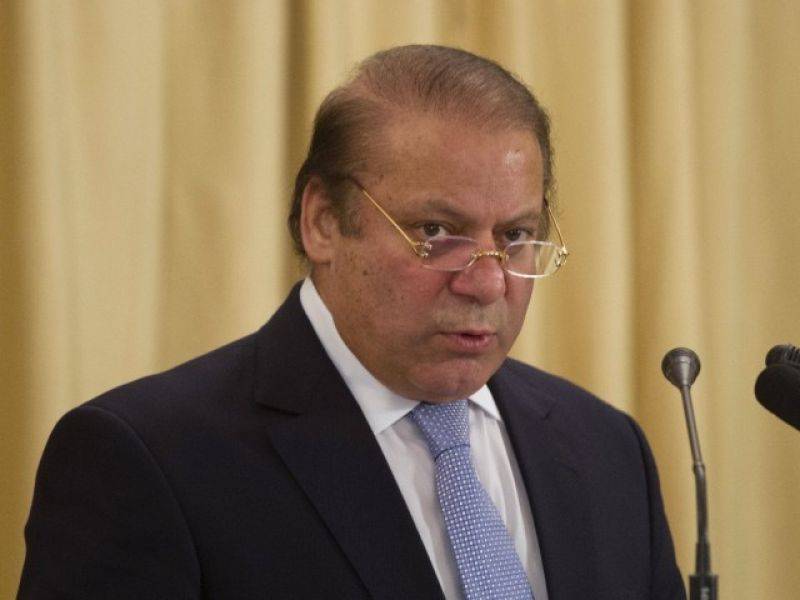 UNITED NATIONS - Prime Minister Nawaz Sharif on Monday held separate meetings with British PM Theresa May and US Secretary of State John Kerry and urged them to play their role in convincing India to stop brutal use of force in the Indian-occupied Jammu and Kashmir (IOK).

The people of Jammu and Kashmir must be given a chance to choose their destiny and that the longstanding resolutions of the UN Security Council on the right to self-determination of the Kashmiri people need to be implemented, he stated, during his meeting with May in New York.

"If the international community does not succeed in asking India to immediately end state oppression on the innocent people in Jammu & Kashmir, then this would encourage India to increase the intensity of the continuing state atrocities," he remarked.

Highlighting the rapidly deteriorating situation in IoK, the prime minister said that Pakistan's support for Kashmiri people in their just and legitimate struggle for self-determination and their commitment to the Kashmir cause was absolutely non-negotiable.

"We will not disappoint our Kashmiri brethren at any cost and we will keep on reminding the international community of its decades-old commitments that have not been honored till today," he maintained.

Sharif said gross human rights violations and brutal state oppression in occupied Kashmir were at their peak. "It was the duty of the international community to ask India to immediately end state atrocities on innocent and defenseless Kashmiri people," he emphasized.

On the occasion, Ms Theresa May appreciated Pakistan's role in eradicating terrorism and extremism from the country.

The British prime minister lauded the economic turnaround achieved by the present democratic government achieving growth targets and putting the country on the path of development. She also acknowledged Pakistan's role in bringing lasting peace to Afghanistan.

To which, PM Nawaz Sharif responded saying that a stable and prosperous Afghanistan was in the interest of his country.