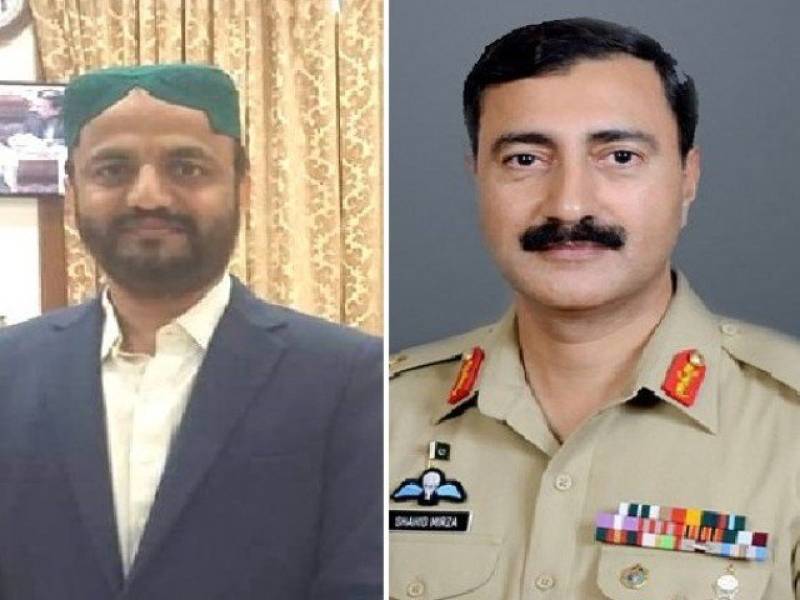 KARACHI - Pakistan People’s Party (PPP) lawmaker Tariq Masood Arain and 20 others were booked on Tuesday for attacking army men deployed for the Karachi corps commander’s security and snatching their weapons.

A first information report (FIR), registered on the complaint of army Havaldaar Fahimullah Jan with Darakhshan Police, claimed the complainant and his colleagues were on duty when four men in a car tried to obstruct the VIP protocol of the corps commander's family, upon which they were instructed to stop and check the vehicle.

The obstructing vehicle was intercepted near Saba Avenue, and the four men inside were asked to produce their CNICs, which they failed to produce, the FIR claimed.

One person, later identified as Manzoor, who arrived with the gunmen in a Land Cruiser threatened and beat up members of the VIP security squad. Their accomplice, later identified as Jehangir, and others assaulted sepoys Arif, Ali Jan and the complainant, according to the FIR.

Moon and Asad also beat them up and snatched two official SMGs and two magazines, the complainant alleged, adding that he and two other members of the security squad were injured and treated at Jinnah Postgraduate Medical Complex where a medico-legal examination was carried out.

The complainant claimed they were beaten at the behest of Tariq Masood Arain, an elected MPA from Shaheed Benazirabad currently serving his third term as a member of the provincial assembly.