Mariyam Nafees praises Muhammad Hasnain for his love for animals 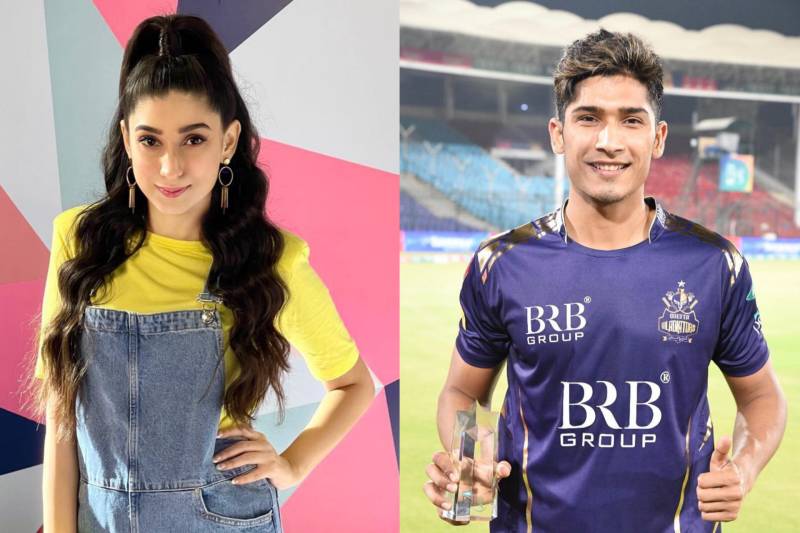 Pakistanis possess unconditional love and support for their cricket team, especially the rising stars who have stunned millions of people across the globe with their game. One of the admirers of young and charismatic Pakistani cricketer Muhammad Hasnain is Mariyam Nafees, who recently took to the Instagram story section to appreciate Hasnain for his love for animals.

The Jhooti actor, in an Instagram story, shared a video of Hasnain feeding and playing with a cat at the Green Shirts' dressing room during the recently concluded Asia Cup 2022. The video was first released by the Pakistan Cricket Board which quickly went viral on all social media platforms.

The Mohabbat Na Kariyo star wrote, "We need more people like him."

The Fitrat diva also expressed gratitude to the pacer, who will be playing in the home series against England and T20 World Cup 2022.

For the unversed, the gorgeous and effervescent actress is a model and actress mostly primarily working in the Pakistani television industry. Nafees proved her mettle with impeccable performance in Diyar-e-Dil and Haya Ke Daaman Main. Her recent works also include Fitrat, Ishq Jalebi, and Aik Gunah Aur Sahi.

On the professional front, Hasnain has been playing since 2019 for the Pakistani Cricket Team becoming the first quick bowler to come from Hyderabad. Hasnain was also picked as a replacement for the injured Shaheen Afridi in the recent Asia Cup tournament which led to him showcasing his brilliance on the ground.

Rising star of the Pakistani Cricket Team Muhammad Hasnain blew away his fans with an impromptu video of him strumming ...