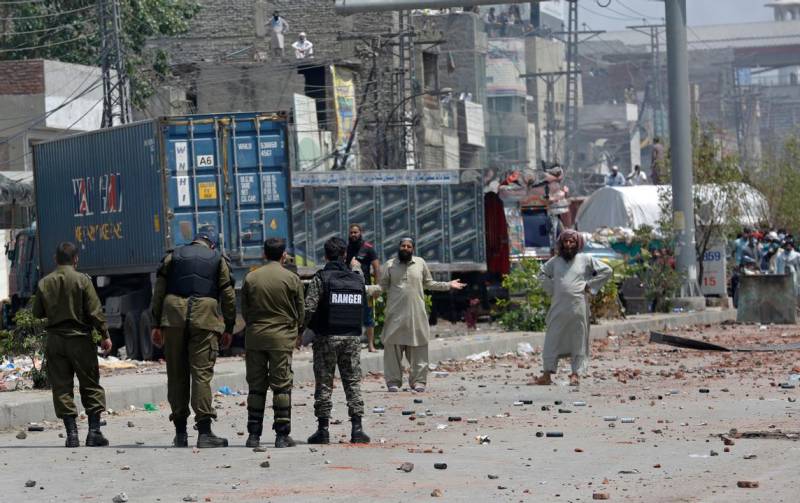 ISLAMABAD – Federal Minister for Information and Broadcasting Chaudhry Fawad Hussain said on Tuesday the ban on the Tehreek-e-Labbaik Pakistan (TLP) could not be reversed, but the party could file an appeal against the government decision.

Briefing media persons outside the Parliament House about the federal cabinet meeting chaired by Prime Minister Imran Khan, Fawad said whatever was to be done, had to be within the ambit of the 1973 Constitution. He said the government had fulfilled its promise with the TLP by tabling a resolution in the National Assembly where a parliamentary procedure had to be adopted.

Fawad said the Pakistan Muslim League-Nawaz (PML-N) had objected to the text of the resolution seeking a debate on the TLP demand for expulsion of the French ambassador to Pakistan. Other parties had the right of disagreement and the government could not dictate them, he added.

"The government acts in accordance with the Constitution as a monarchy is not in place in the country," he remarked. The minister said that cases against those who attacked the police personnel and martyred five of them would not be withdrawn and they would have to face the courts.

The minister said martyrdom of five policemen could not be forgotten as they sacrificed their lives in the line of duty. He said that 800 other personnel were attacked and wounded during the protests by the TLP. Those arrested under the Maintenance of Public Order could be released by the government, he added.