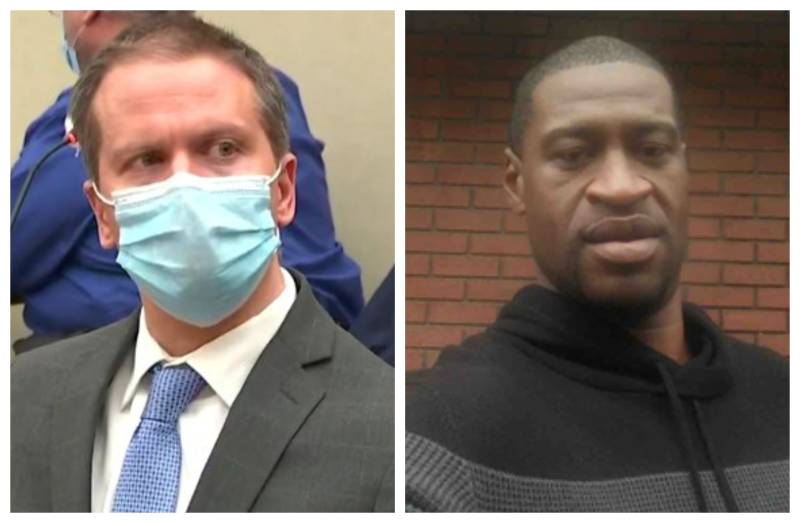 Chauvin, 45, was charged with murder and manslaughter for Floyd's May 25, 2020 death, which sparked protests against racial injustice around the world and is being seen as a landmark test of police accountability.

GUILTY ON ALL COUNTS: Watch as Judge Peter Cahill reads the verdict in the #DerekChauvinTrial. | Latest story: https://t.co/1UiebJFAeY pic.twitter.com/JtulffjQdY

The seven-woman five-man jury held four hours of deliberations on Monday evening at the end of a three-week trial and reconvened on Tuesday morning. The jurors identities were kept secret and will not be released until the judge decides it is safe to do so, the Denver Post reported.

A woman leans out of her window with a tambourine...

To confirm what I already knew, I had to ask: “What are you clapping for?”

Her response: “He’s guilty on all three!” #DerekChauvinTrial @NBCNewYork pic.twitter.com/K2GuhYkPZG

While trying to arrest Floyd who was accused of using a fake $20 bill at a local convenience store, Chauvin, now 45, kneed on the neck of the African American man three times for almost a total of ten minutes. After complaining "I can't breathe" when Chauvin's knee was on his neck, Floyd became unconscious during the arrest and died later at a hospital.

Floyd's death triggered mass protests in a large number of major cities in the United States, where demonstrators denounced police brutality and demanded justice for African Americans who suffered at the hands of US police officers.

The judge after reading Tuesday's verdicts said Chauvin will be sentenced in eight weeks, will remain in custody, and bail revoked.

Chauvin faces a maximum of 75 years in prison.

In solidarity with Black Lives Matter protest going on in US, Pakistani truck artist Haider Ali has painted a mural of ...