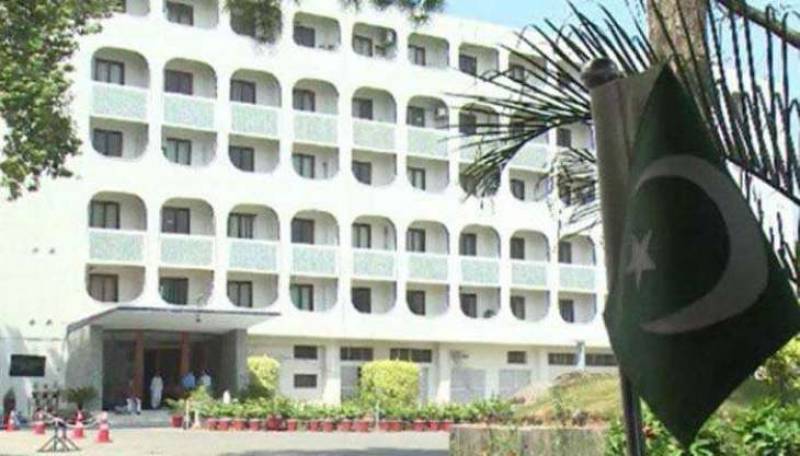 ISLAMABAD - Pakistan on Friday took strong exception to the unwarranted references to Pakistan in the joint statement issued in Washington after the conclusion of U.S.-India 2+2 Dialogue and rejected the assertions.

The anti-Pakistan assertions made by Indian Ministers of Defence and External Affairs during the Joint Press Availability are equally reprehensible and "We also take exception to the selective and one-sided nature of the Joint Statement," the Foreign Office Spokesperson in a statement issued here said.

India and the US in the joint statement called on Pakistan to take immediate, sustained and irreversible action against terrorism, ignoring the Pakistan's international recognition for wiping out the menace.

The FO further said that the grave humanitarian and human rights situation in the Indian occupied Jammu & Kashmir (IOJ&K) caused by India's unilateral and illegal measures of 5 August 2019 and its belligerent rhetoric and actions pose a serious threat to peace and security in South Asia , adding that failing to take cognizance of this serious situation was tantamount to abdication of international responsibility.

The international community recognizes Pakistan's efforts, sacrifices and successes in the fight against terrorism, the FO statement said adding that Pakistan believed India's state-terrorism in IOJ&K and its threats to Pakistan imperil regional peace and security.

"Our concerns and rejection of the unwarranted reference to Pakistan in the U.S.-India Joint Statement have been conveyed to the U.S. side through diplomatic channels," the statement said.