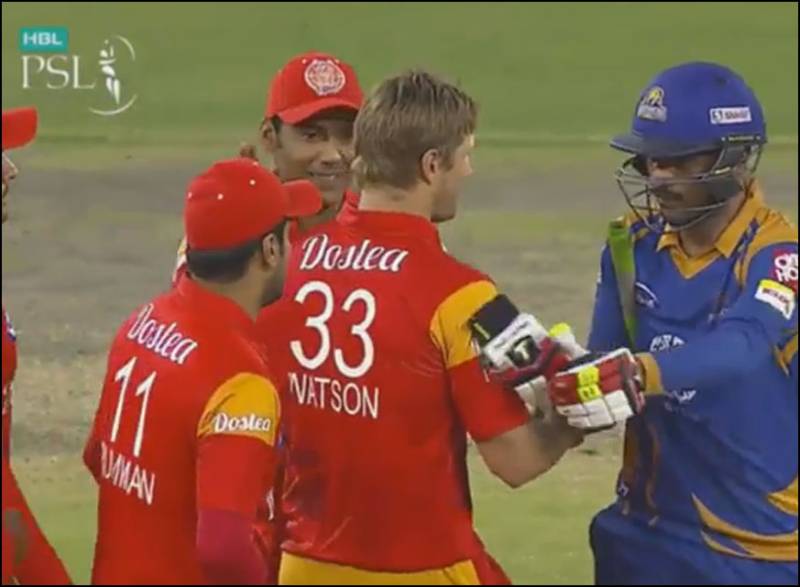 Islamabad United skipper Misbah ul Haq chose to field first, being unsure of the dew in second innings. His pacers did not let him down at all, and with Mohammad Sami’s 5 for 8 in 4 overs,  United restricted Karachi Kings to 111/9.

Simmons in the beginning tried some crackets, but failed to convert into a big inning and left to the pavilion with 19 in the bag. Ex Kings skipper Shoaib Malik returned for duck! It was Ryan Doeschate (16) who stayed firm with Bopara to lift up Kings innings ad put up a valuable partnership of 45 runs.

Skipper Ravi Bopara (37) was the top score for Kings.

United in reply were right on the money from the start and with Bred Haddin (51) and Dwayne Smith (50), they easily chased down the target in just 14.2 overs with 9 wicket in hand.

Mohammad Sami, for his brilliant performance with the ball, was chosen Man of the Match.