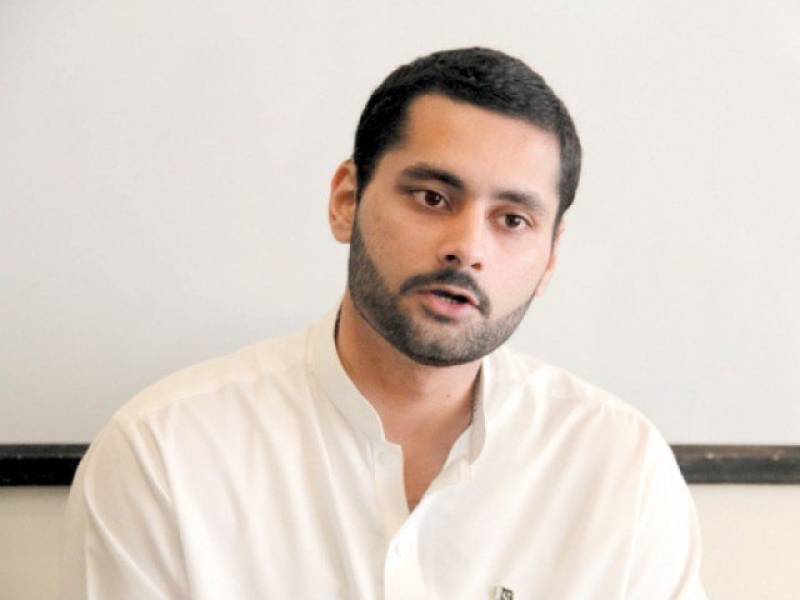 Jibran in a written application before the PEMRA complaints council, Sindh region stated that Amir Liaquat started a defamatory and life-threatening campaign in his show 'Aisy Nahi Chaly Ga' on Bol TV in the aftermath of missing bloggers.

According to Jibran, after the abduction of bloggers in the first week of January, unsubstantiated allegations emerged over social media on January 9 linking the missing bloggers to allegedly blasphemous Facebook page 'Bhensa' adding that 'Ummat' newspaper and some television anchors propagated the allegations without any evidence. 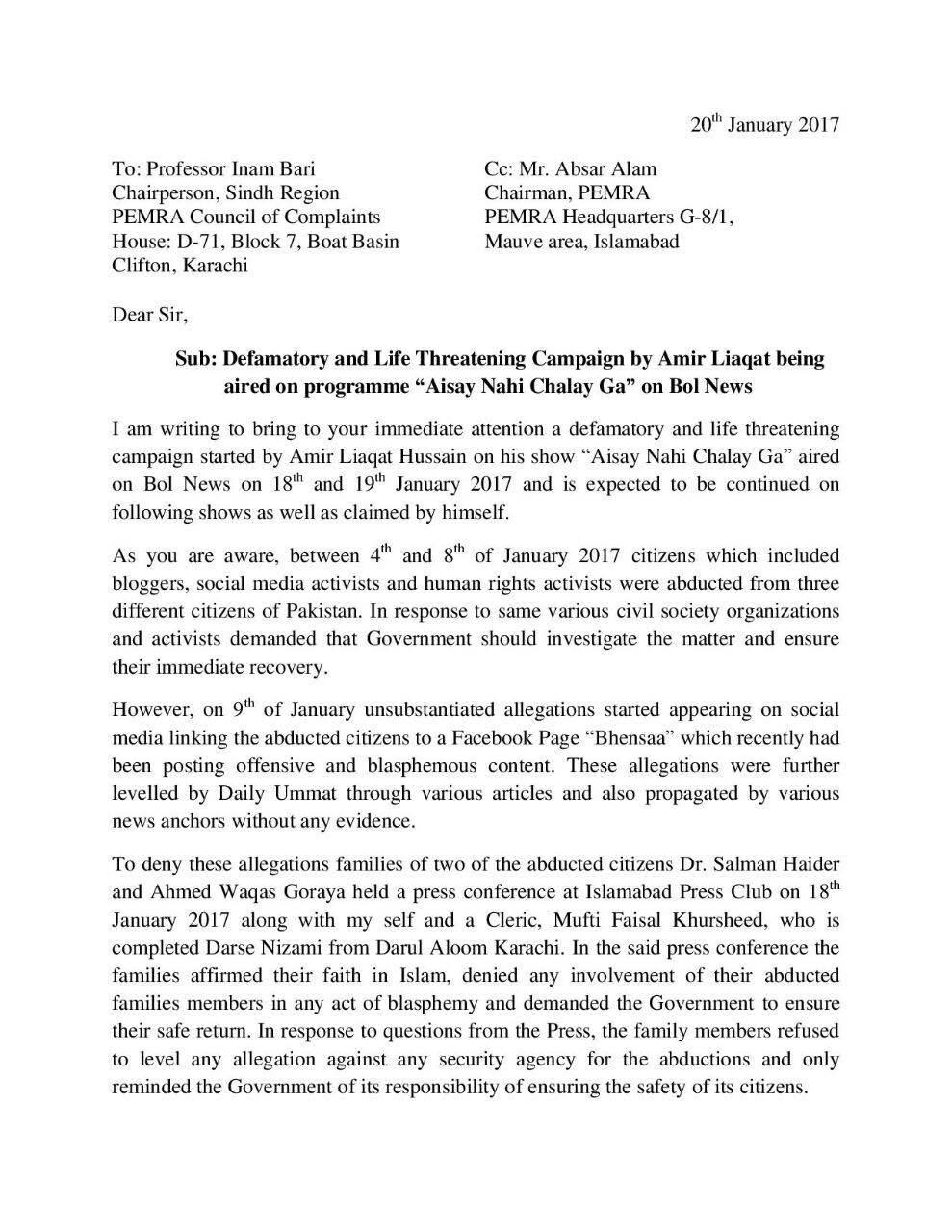 The activists stated that the families of missing bloggers Salman Haider and Waqas Goraya held a press conference in Islamabad to refute the allegations of involvement in any blasphemous activity along with a religious cleric Mufti Ismail while reaffirming their faith in religion Islam.

A copy of the application which was also sent to PEMRA chairman Absar Alam went on to state that the families of bloggers did not accuse any security agency of abduction and merely reminded the government of its responsibility to ensure safety of citizens.

The activist maintained that the following day, Amir Liaquat hurled baseless allegations against him and even termed him an 'Atheist' besides accusing him of running an 'Anti-Pakistan' and 'Anti-Islam' agenda.

Amir did not stop here and went on to assert allegations of blasphemy against Jibran alongwith accusing him of being the admin of 'Bhensa' page. The famous television anchor also maligned another activist Sheema Karmani due to her participation in a rally demanding release of missing bloggers.

The televangelist kept pressing his point and dragged GEO television in the controversy adding that Jibran was an agent of the particular channel urging government to arrest him on baseless allegations. He also indulged in character assassination of Maliha Lodhi, Pakistan's permanent representative to United Nations.

He attacked Absar Alam as well. Specifically attacked his credibility as PEMRA chairman. Says if his program is banned then people should come out on the streets.

According to the application filed before the regulatory authority, Amir categorically concluded his show while accusing bloggers of blasphemy.  He did not mention the press talk of families of bloggers as well. 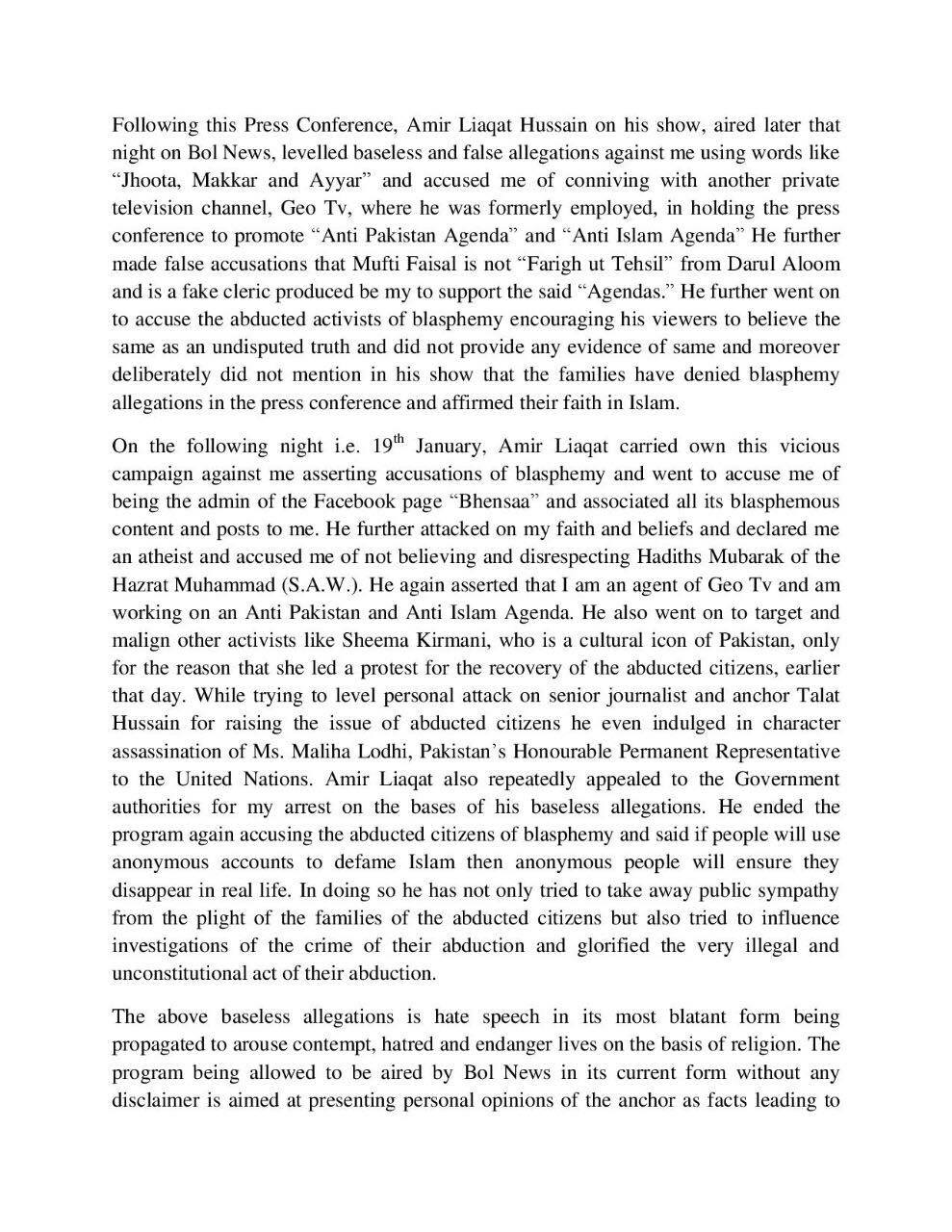 'If people will use anonymous accounts to defame Islam, then anonymous people will ensure they disappear in real life' said Amir in his show as he tried to influence the investigations and gain public sympathy.

Keeping in view the above stated facts, Jibran urged PEMRA to take action against Amir Liaquat for hate speech and posing a threat to his life and families of bloggers. 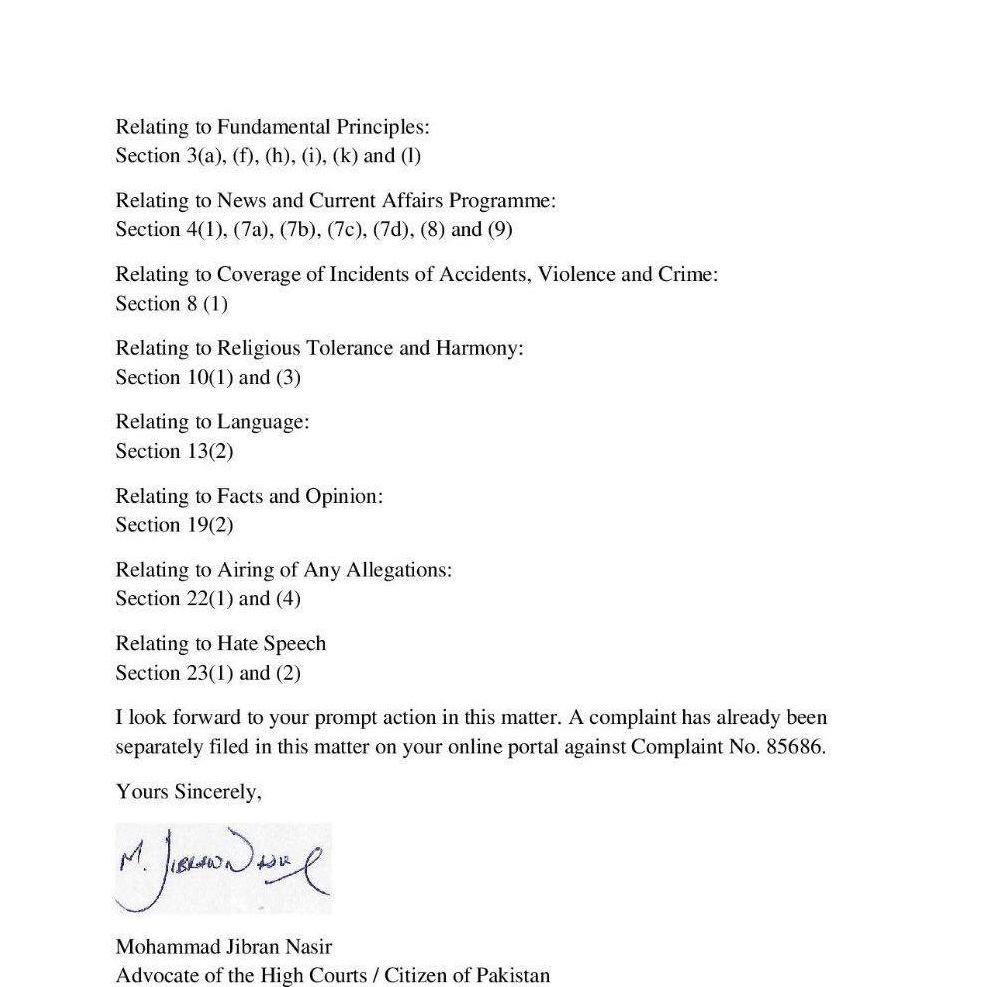 On the other hand, PEMRA chairman Absar Alam confirmed receiving the application and promised to take necessary action against the concerned anchor.