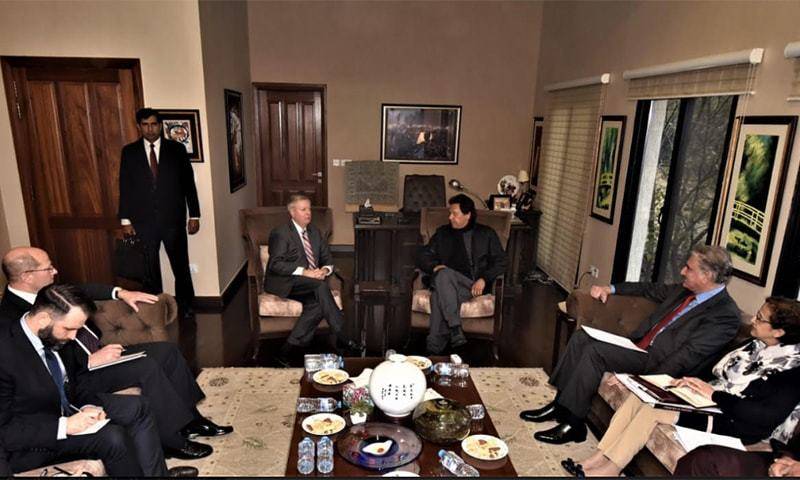 ISLAMABAD – US Senator Lindsey Graham on Sunday lauded Prime Minister Imran Khan’s vision for a political resolution of the Afghan conflict during a meeting in Islamabad.

Graham, who is close to President Donald Trump, conveyed his appreciation for Pakistan's positive role in the ongoing efforts to find a political settlement in Afghanistan, a press release issued by the Prime Minister's Office said.

US Senator Lindsey Graham (close to Trump) just gave a gushing press conf in Islamabad, praising Pakistan for acting against militants in tribal regions, and said he was “blown away” on meeting Imran Khan... big contrast from usual US rhetoric pic.twitter.com/1D7ccSJBXR

PM Imran told Senator Graham that Pakistan wants to work with all stakeholders for the Afghan peace process.

While speaking to media, the senator said that the Chief of Army Staff General Qamar Javed Bajwa has given a dinner in his honour tonight.

He said that he will apprise the US president of these meetings. The senator said that whatever Pakistan army did in 18 months has been the US’ wish for 18 years.

Senator Graham said that the US cannot move away from Afghanistan as it has a lot to do here and Pakistan installing border fence is a positive step.

The senator said that the US has been mistaken to continuously change its policy vis-à-vis Pakistan.

Seems US officials didn’t meet the Taliban in Pakistan as they had hoped to - but are still making warm noises about Pakistan’s involvement in the peace negotiations... let’s see when the next set of discussions happen https://t.co/ZsBU0PgFQv

The Republican also called on Foreign Minister Shah Mahmood Qureshi at the Ministry of Foreign Affairs earlier today. During the meeting, the two exchanged views on issues relating to bilateral cooperation, the situation in Afghanistan, as well as regional and international issues, Radio Pakistan reported.

Qureshi and Graham also reviewed various aspects of the bilateral relationship to increase cooperation in the economic and trade sectors, the report said.