3 lions given ‘life sentence’ in India 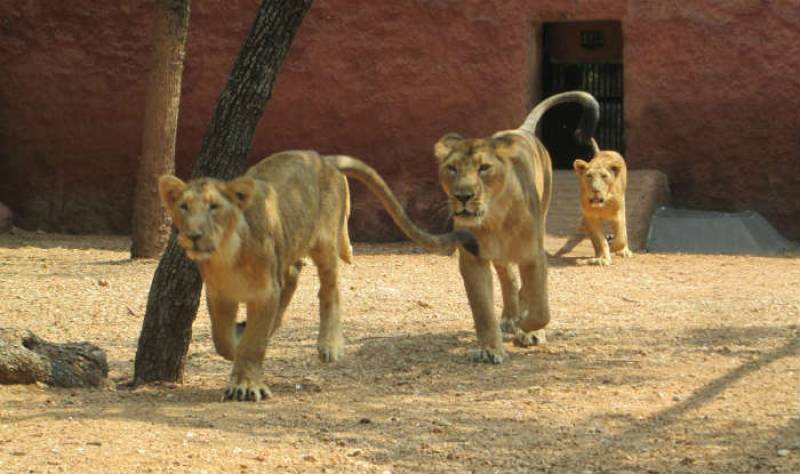 GUJRAT (Web Desk) - Three lions have been sentenced to life imprisonment in the Gir National Park area of Gujrat.

According to details, the lions from the Gujrat wildlife sanctuary have been sentenced to life imprisonment after human remains were found in their feces.

The officials identified them as the culprits of recent fatal lion attacks in the area.

Eighteen lions were captured and tested after three people, including a teenage boy, were killed in April and May in Gir National Park, situated in the country’s western Gujarat state, RT reported.

Chief conservator AP Singh told that traces of human remains were found in the excrement of three Asiatic lions - one adult male and two young females.

"After analyzing their footprints and feces during a 25-day captivity, one adult male and two sub-adult female lions were found to have turned man-eaters, as human remains were found from the excreta of these three," Singh said.

"The male lion attacked, killed and ate up the humans, while the sub-adult females appear to have eaten the leftover body parts.”

All three lions have been sentenced to a life of captivity due to the danger they pose.

The male lion will be kept in an enclosure in Sakkarbaug Zoo, on the outskirts of Junagadh city, while the lionesses will be enclosed at one of the forest department's rescue centers.

The remaining lions captured and tested over the attacks have been released back into the wild of Gir National Park - the only place in the world where Asiatic lions roam free.