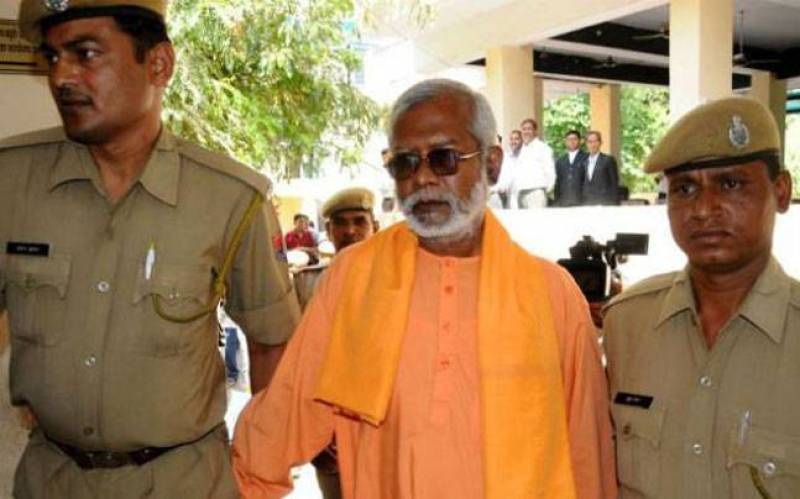 NEW DELHI - Swami Aseemamand who confessed to his multiple crimes before the investigators in India had revealed in depth about how he wreaked havoc in different parts of the country and targeted facilities central to Muslims under the patronage of Hindu nationalist organisation.

One of the meetings dating back to 2005 confirms that senior leadership of Rashtriya Swayamsevak Sangh (RSS) was on board when Aseemamand was planning terror attacks at different spots.

In an interview with Leena Reghunath, Aseemanand detailed that the duo did not object to such activities that were meant to target Muslims.

“Nothing wrong will happen then. Criminalisation nahin hoga (It will not be criminalised). If you do it, then people won’t say that we did a crime for the sake of committing a crime. It will be connected to the ideology. This is very important for Hindus. Please do this. You have our blessings,” the RSS biggies told Aseemamand.

The allegation was somewhat confirmed officially, as charge sheets filed by the investigative agencies allege that Kumar provided moral and material support to the conspirators, but they don’t implicate anyone as senior as Bhagwat – who also staged a protest against the allegations.

Although the link between India’s ruling BJP and RSS is evident, the BJP has also defended Kumar and the BJP national spokesperson Meenakshi Lekhi was his lawyer at the time he was named in the charge sheets.

During the course of investigations, a secret report also requested that the Ministry of Home Affairs send a show-cause notice to RSS authorities, asking why the organisation should not be banned in light of the evidence against them but the MHA did not act on the recommendation.

Aseemamand has served the social organization Vanvasi Kalyan Ashram for too long and when he was planning the attacks, he was associated with it as national head of its religious wing but VAK with which Aseemanand was associated began disliking  Christianity as well.

A tragic tale that Swami told himself was about a Christian woman who begged for milk being the victim of tsunami in 2004 and was denied milk by his men.

“My people said no. She said that the kid had not had any food for three days, and pleaded that it would die if we didn’t give some milk. So please give some. Then they said go ask Swamiji. I told her that what they are doing is right. You won’t get any milk here,” he told the journalist.

Aseemamand also boasted about what could best be described as ‘forced conversions’ as he revealed ‘we demolished 30 churches and built temples’.

“To stop conversions is an easy job.  Use the route of religion. Make the Hindus kattar [fanatic]. The rest of the work will be done by them,” he said in one of his interviews.

The link between Swami Aseemamand and India’s sitting Prime Minister Narendra Modi was also confirmed by Swami himself before Modi was set to take charge as the Chief Minister of Gujarat.

“ Swamiji there is no comparison to what you are doing. You are doing the real work. Now it has been decided that I will be the CM. Let me come and then I will do your work. Rest easy,” Modi told the ultra-nationalist who was on his mission of Hindutva.

Swami categorically confirmed targeting Muslims in Panchmahal district when riots broke out in Gujarat in 2002.

“The wiping out of Muslims from this area was also overseen by me,” he claimed.

Narendra Modi, whose government was dissolved after the riots, also turned up at one of the programmes organized by Swami.

After the Varanasi killing, Aseemamand decided to avenge it as 28 people had lost their lives.

In his confession, Aseemanand said that Joshi and Rateshwar agreed to head to Jharkand to purchase pistols, and SIM cards to be used in detonators and he gave them Rs 25,000.

As per the charge sheets, Sunil Joshi formed three task forces to carry out [some] blasts. He then suggested that they target the Samjhauta Express in order to target Pakistanis but Aseemanand proposed Malegaon, Hyderabad, Ajmer and Aligarh Muslim University.

According to Aseemanand’s confession statement, Joshi claimed responsibility for two explosions in Malegaon, on 8 September, that killed 31 people.

On 16 February 2007 Joshi and Aseemanand met again, at the Kardmeshwar Mahadev Mandir in Balpur, Gujarat.

“There is going to be some good news in the next few days,” Joshi told Aseemanand, according to the confession and just two days later, the Samjhauta Express was bombed.

Moreover,  a day or so after that, Joshi, Aseemanand and some members of the larger conspiracy met again and Joshi took credit for the attack.

In December same year, Sunil Joshi was shot dead on an isolated stretch of road near his mother’s house, in Dewas, Madhya Pradesh.

While the investigators were busy connecting the dots and made high-profile arrests, something strange happened. Hemant Karkare, the celebrated chief of the Mumbai ATS, who was heading the investigation, was shot dead on 26 November during the terrorist attacks in Mumbai.

After confessing to having an involvement in the Samjahuta express, Aseemanand drafted two letters—one to the President of India claiming responsibility for the Samjhauta blasts, and one to the president of Pakistan, which read: “Before the criminal legal system hangs me, I want an opportunity to transform/reform Hafiz Saeed, Mullah Omar and other jihadi terrorist leaders and jihadi terrorist in Pakistan. Either you can send them to me, or you can ask the Indian government to send me to you.”

The RSS sprung into action days before the arrest of Aseemamnand in 2010 with its chief taking part in the sit-in protests.

“For the first time in the history of the organisation, a sarsanghchalak has not only attended a dharna but also addressed the meetings as a conspiracy was being hatched to tag terrorism with the RSS,” Mohan Bhagwat said at Lucknow.

Though Aseemanand had initially divulged the meeting with Indresh Kumar and Mohan Bhagwat in which the terror attacks were planned, he later opted silence about that huddle.

The journalist Reghunath also visited Kamarpukur, Aseemanand’s village in West Bengal where his younger brother Sushant said him, “Wait for a few months. Once Modiji comes to power I will put a stage in the village centre and shout from the loudspeakers all that Aseemanand has done.”

Despite such convincing connections of Aseemanand with terrorism and the questionable role of RSS senior leadership, Swami Aesemanand was acquitted by the NIA court in the Samjhauta Express Bombing case on Wednesday.

In the circumstances highlighted above, with Aseemanands confession and RSS link with ruling BJP in sight, it becomes extremely difficult to pronounce India as World largest democracy with such questionable judicial system in place.