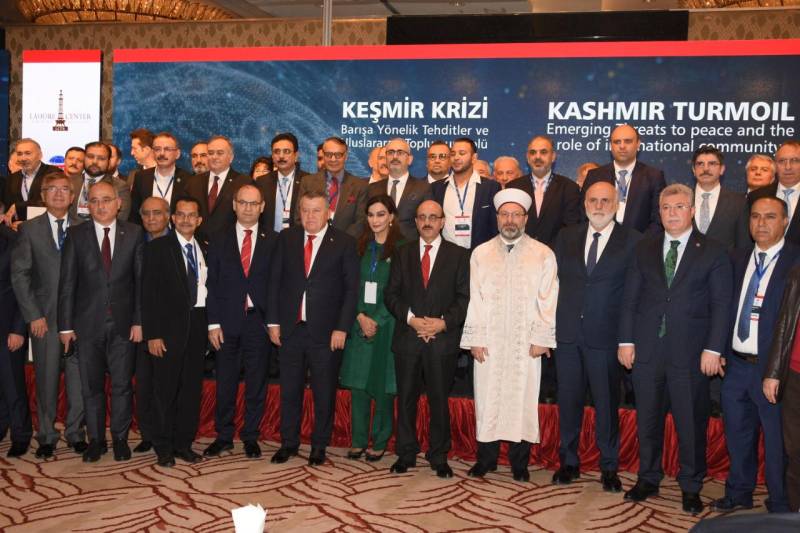 ANKARA – Participants of an international conference called for resolving the Kashmir issues through a solution given by the United Nations acknowledging the right of the people of the region to determine their own future through an impartial plebiscite under the UN auspices.

This was the message that came out loud and clear from a two-day international conference on Kashmir titled, “Kashmir Turmoil: Emerging Threats to Peace and the Role of International Community” organized by Lahore Center for Peace Research in collaboration with Turkish Think Tank “Institute of Strategic Thinking” (SDE) on 20-21 November 2019, in Ankara, Turkey. 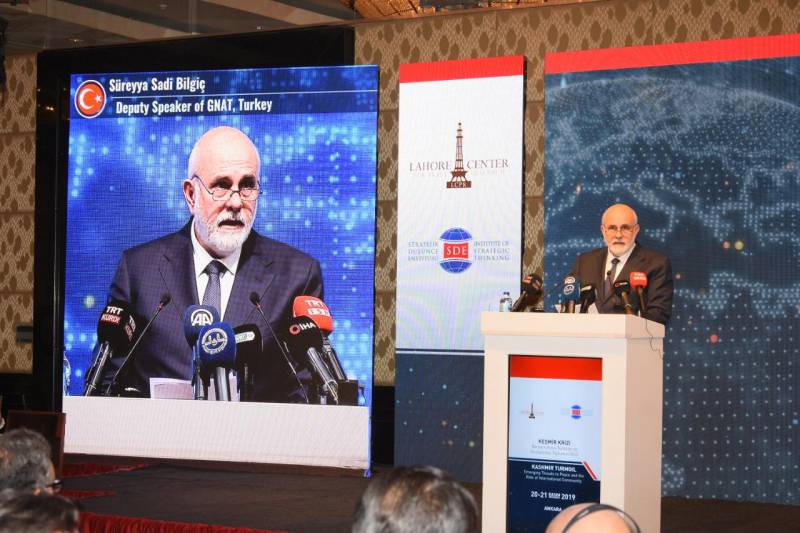 In his keynote address, Sardar Masood Khan President of Azad Jammu & Kashmir called upon the world community, especially world’s major powers, to prevent the impending risk of a genocide in the Indian occupied Kashmir and also to save the region from the scourge of war. He stressed that another India-Pakistan conflict on Kashmir could quickly escalate into a nuclear war with consequences f unimaginable magnitude.

In his message to the Conference, Turkish Foreign Minister Mevlüt Çavuşoğlu reiterated his country’s principled position on Kashmir as enunciated by President Recep Tayyip Erdogan at the 74th Session of UN General Assembly, calling for an early solution of the 72-year old issue through dialogue and engagement on the basis of justice and equity. He also called for an end to the virtual blockade of the 8 million people being kept under siege in Indian-occupied Kashmir.

In his special message to the Conference, Pakistan’s Foreign Minister Shah Mahmood Qureshi highlighted the gravity of the Kashmir situation and called upon the world community to take notice of the aggravating human rights situation in Indian-held Kashmir where in violation of UN Security Council resolutions, India is trying to change Kashmir’s disputed status as well as its demographic composition.

The Conference reviewed the historical, legal, political and humanitarian dimensions of the current crisis in Kashmir where India is not only seeking to change the demographic reality of its occupied territories but also taking arbitrary measures in utter disregard of normal life through frequent curfews, arrests, detentions and sometimes disappearances of innocent civilians. A complete military lockdown keeps the people of Kashmir deprived of basic liberties including access to the outside world. The continued wholesale incarceration of Kashmiri political leadership including the erstwhile pro-India leaders has resulted in a political vacuum which carries the danger of hijacking of the resistance movement by extremist elements. 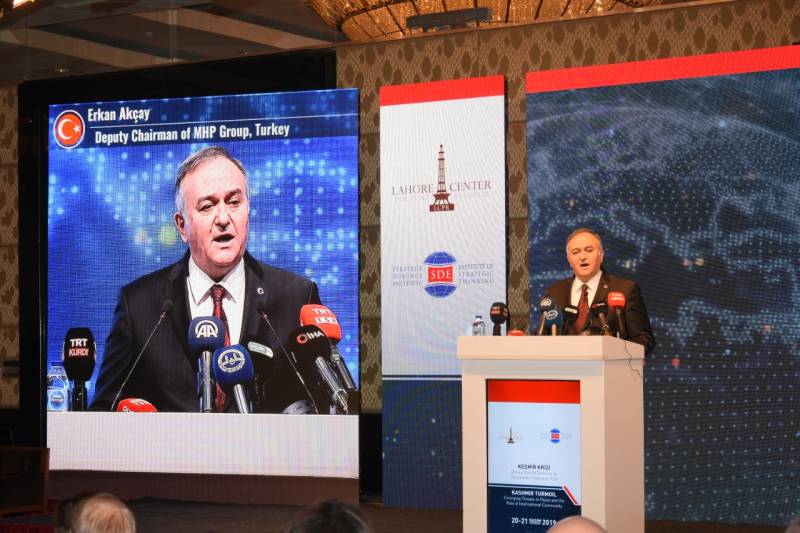 The Conference noted with concern the prospect of a genocide in Indian-occupied Kashmir, if the current military crackdown continues unabated. Besides the human rights abuses in Indian-held Kashmir, the basic dispute over the future status of the State of Jammu and Kashmir remains unaddressed. India and Pakistan have fought wars and still remain locked in a conflictual mode. Major powers and the United Nations have an obligation to prevent any new conflict between India-Pakistan over Kashmir.

As one of the oldest unresolved international conflicts, Kashmir today is a sombre reminder to the world that it cannot continue to ignore the legitimate aspirations of the Kashmiri people. A solution has to be found in conformity with the wishes of the Kashmiri people as called for in UN Security Council resolutions. There was consensus at the Conference that no matter what India claims, the situation in Kashmir today is highly worrisome requiring urgent intervention by the international community. The world community also needs to rush relief supplies to the beleaguered people in the Indian occupied Kashmir.

Specific recommendations emerging from the Conference include:

The Conference placed on record its gratitude to the Turkish Governmnet for its cooperation and hospitality and also expressed appreciation to all the distinguished participants for their valuable contribution in making the Conference a great success.