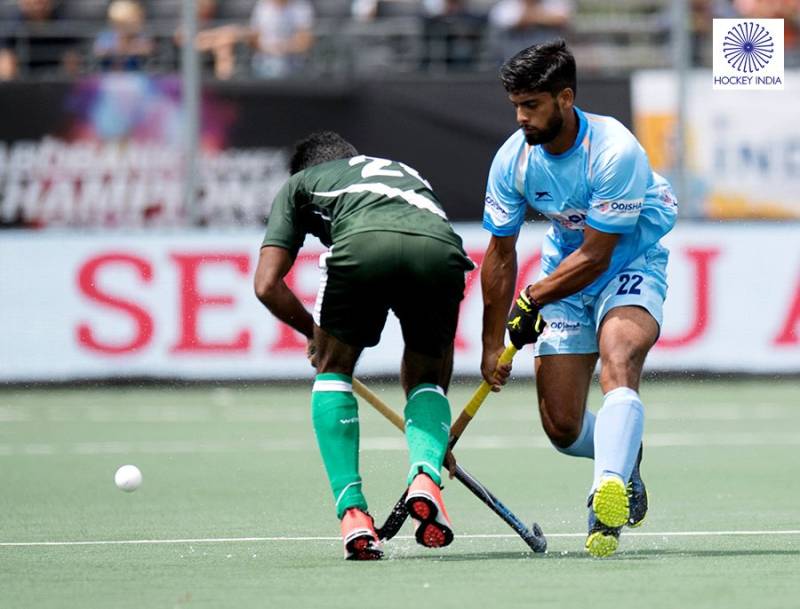 MUSCAT - Captain Manpreet Singh led India for their straight victory over arch-rivals Pakistan in the second match of the Asian Hockey Champions Trophy 2018 match in Oman on Saturday.

Besides the skipper, Mandeep Singh and Dilpreet Singh scored for India, after Irfan Jr had put Pakistan ahead in the first minute of the match.

Pakistan looked a superior side in the first quarter of the game as India struggled to penetrate the Pakistan defence. However, a moment of inspiration from Manpreet in the second quarter of the game saw India equalise 1-1 against Pakistan. The match was evenly poised at the end of the first half as both the teams were looking to extend the goal.

Mandeep Singh's cheeky goal in the 33rd minute of the game doubled India's lead in the game.

Pakistan got a penalty corner in the third quarter but failed to capitalise as the India defence stood tall.

Young Dilpreet Singh found his fourth goal of the tournament to not only extend India's lead but also ensure a win.

Captain Manpreet was adjudged as the man of the match.

After two matches, Pakistan has one win and one loss. Pakistan will face Oman tomorrow (Oct 22).