Pakistani rupee at all-time low against US dollar 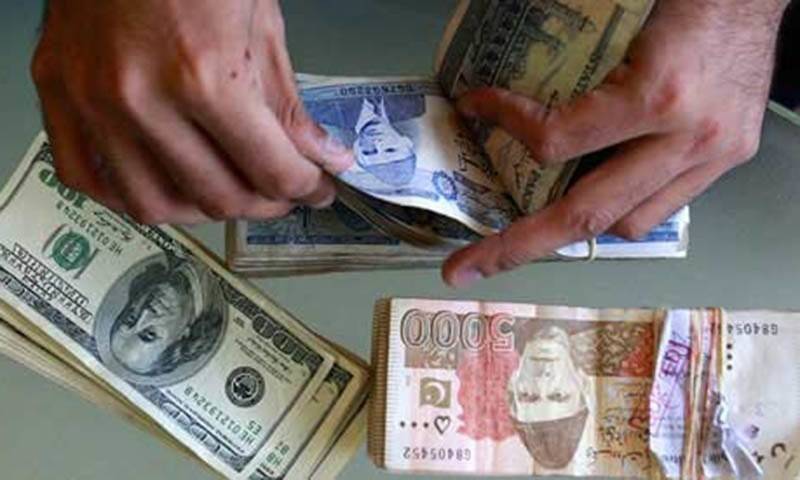 ISLAMABAD — The Pakistani rupee on Wednesday hit another historic low of Rs173.47 against the US dollar.

The Pakistani currency suffered this blow amid uncertainty surrounding the ongoing talks between IMF and Pakistani officials on the release of another tranche of the bailout package.

Pakistan reached an accord with the International Monetary Fund in 2019 for a three-year, $6 billion bailout package aimed at shoring up fragile public finances and strengthening a slowing economy.

Pakistani and IMF officials are currently engaged in a fresh round of talks for the release of a $1 billion tranche of the loan.

The State Bank of Pakistan (SBP) said the rupee closed up by 0.40 percent at Rs173.47 against the dollar in the interbank market as compared to Rs172.78 at the close of last week. The currency also depreciated in the open market where it was trading at Rs174 for buying and Rs174.50 for selling against the greenback, according to the Exchange Companies Association of Pakistan (ECAP).

“The open market is following the interbank market where Pak rupee is under pressure,” says ECAP general secretary Zafar Paracha.

“There are no more sellers in the open market due to the uncertain outcome of talks with the IMF and volumes have declined substantially,” Paracha added. “The daily trading volume in the open market has declined from around $100-around to $50-60 million.”

According to analysts, the rupee was under pressure in the interbank market due to increasing imports and a plunging current account deficit.

“The demand for import payments is still high which is pushing the demand for the greenback,” says Samiullah Tariq, Director of Research at Pakistan Kuwait Investment.

However, the stock market rebounded on Wednesday and posted 1.95 percent gains, or 45,499.46 points, at closing.

“The market has now got an understanding that it cannot move the dollar,” Tariq said. “The dollar movement is not part and parcel of trade and there is no panic.”