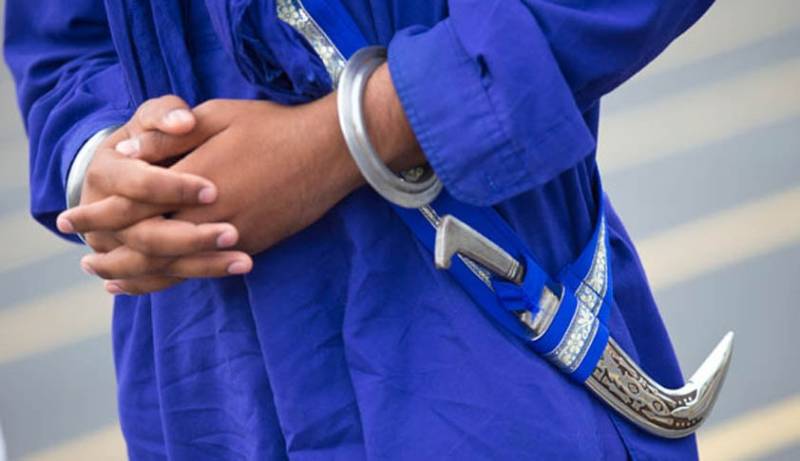 QUEBEC - A Canadian court has upheld the right of Quebec’s national assembly to prohibit people from entering the building with a kirpan, an article of faith for the Sikhs, media reports said.

Two members of the World Sikh Organisation of Canada were challenging a unanimous motion adopted in the national assembly in February 2011.

Balpreet Singh and Harminder Kaur did not want to part with their kirpans as they headed into a legislature hearing to submit a brief in January 2011.

The motion stated that security personnel had the right to refuse entry to anyone who did not want to remove the religious symbol.

Originally, they argued the motion was unconstitutional but then changed their position to say it was legal but non-binding.

But Quebec court of appeal justice Patrick Healy rejected their arguments in a decision on Monday as he upheld a lower court ruling that said the national assembly has the right to establish its own rules in accordance with parliamentary privilege, The Toronto Star reported.

The court ruling coincided with Prime Minister Justin Trudeau’s visit to India where his government is reaching out to the minority community to mend fences.

Superior court justice Pierre Journet affirmed the authority of the legislature to “exclude kirpans from its precincts as an assertion of parliamentary privilege over the exclusion of strangers,” the report said.

In his decision, Healy referred to a Supreme Court ruling that said a provincial legislature could invoke the privilege to exclude strangers to prevent journalists from filming in the precincts of the assembly.

“The supreme court confirmed that these general principles formed part of Canadian constitutional law and held specifically that the privilege to exclude strangers is entrenched in the Canadian Constitution,” Healy wrote on behalf of a three-member panel.

“I make no comment whether the assembly’s exercise of the privilege to exclude the kirpan is a wise decision. I say only that it is a legal exercise of this category of privilege. If the appellants wish to challenge it, the proper forum is the assembly itself,” it said.