Did Deepika just get her Ranbir Kapoor tattoo removed? 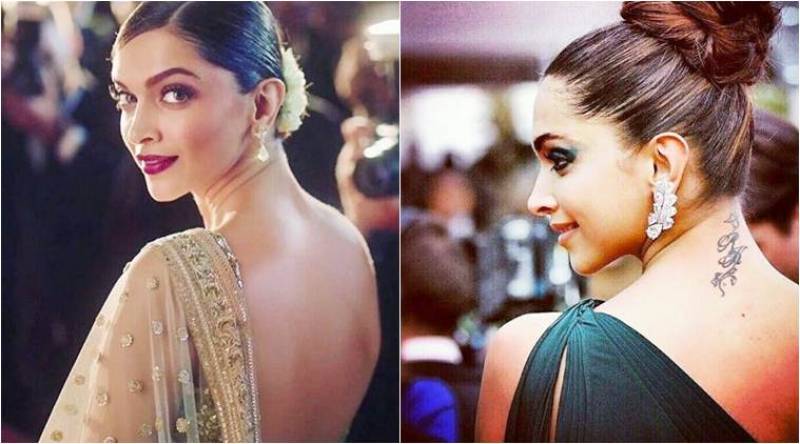 So we all remember the tattoo Deepika got when she and Ranbir were dating:

What the cameras noticed was that Deepika's RK tattoo was covered in a bandage. Could she have gotten it removed or altered? First she says she won't be inviting Katrina to her wedding and now this?

We can't really tell since Deepika has been very vocal about her decision to keep it despite her break-up with Ranbir.

Last year there were reports suggesting that  Deepika had finally wiped off the tattoo.

Deepika of course had not gotten rid of the said tattoo. The bandage on the nape of her neck now makes us wonder if Deepika has got inked again and altered the RK design on her neck or is it just as simple as a bandage for a sprain?

Ranbir and Deepika continue to be good friends even after their breakup.