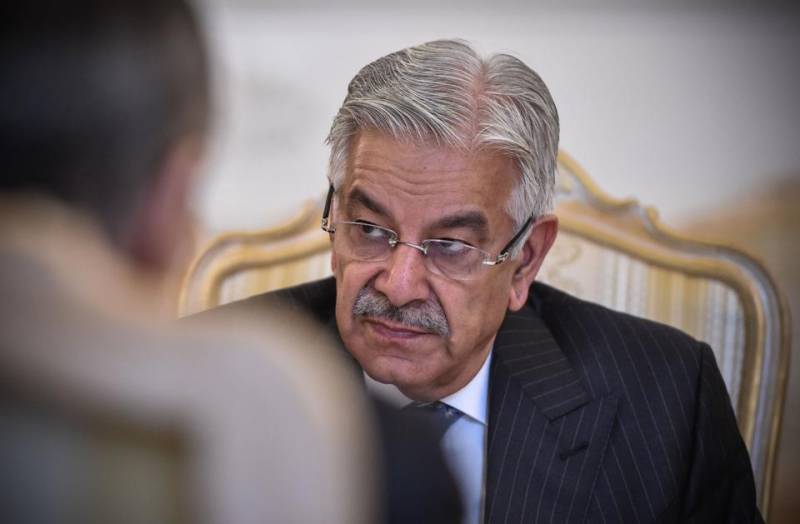 PARIS - The Financial Action Task Force (FATF) on Wednesday dismissed suggestions by Pakistan that the global watchdog had granted it a reprieve over terror financing, stating that it is yet to take a decision over whether to include Islamabad on its grey list.

“The FATF plenary started today (Wednesday), this is the decision-making body of the FATF. The outcomes will be published on Friday,” FATF spokesperson Alexandra Wijmenga-Daniel told an international news agency.

The previous day, Foreign Minister Khawaja Asif said his country has narrowly avoided being targeted by the FATF, tweeting that Pakistan had been granted a three-month reprieve by the body after a meeting in Paris failed to reach agreement on the matter.

“No consensus for nominating Pakistan,” Asif wrote, adding that the FATF proposed a three-month pause along with the submission of an unspecified new report to the body.

However, the US said the FATF’s decision was expected later this week, indicating Islamabad’s celebrations might be premature.

“The final decision on that was due later this week, so I don’t want to get ahead of what that final decision would be,” state department spokesperson Heather Nauert told reporters. “I don’t have just independent confirmation that a decision was made early.”

She added: “A lot of countries have come together and they look at various nations who we believe and those other countries believe are not doing enough to crack down on terror financing, counterterrorism and the like.

“Pakistan is one of those countries that they’re taking a close look at, and they may be making – they’ll be making an announcement sometime soon.”

Pakistan had been on the FATF watchlist for years but was removed in 2015 following “significant progress” in meeting the demands of the group.

Relations between Pakistan and the US have been tense since President Donald Trump lashed out at the country last August. In January Trump ordered the suspension of US military aid to Pakistan, saying it was not doing enough to target the Afghan Taliban and Haqqani guerrilla group.

Earlier this month, the US tabled a motion to reintroduce Pakistan to the FATF watchlist as ties fray over US accusations that Islamabad is providing safe haven to militants. The motion was backed by Britain, France and Germany.

The move rattled officials and businesses across Pakistan, who fear any type of financial restrictions could crimp the country’s economic prospects.

Last week, Pakistan amended its anti-terror laws to ban groups listed as terrorists by the United Nations. Following the move, officials began seizing assets from Jamaat-ud-Dawa, whose leader Hafiz Saeed is a prime suspect in the 2008 Mumbai attacks.