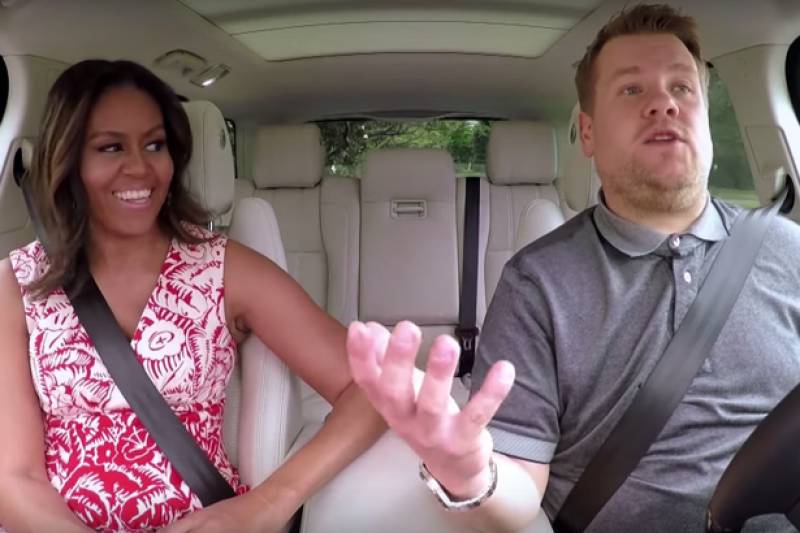 WASHINGTON - While President Obama has traditionally grabbed headlines with his constant ludicrousness and epic mic drops, recently First lady Michelle Obama made waves on social media after her appearance alongside hip-hop singer Missy Elliot on the segment "Carpool Karaoke" of the famous "Late Late show", hosted by James Cordon.

The highlight of the segment was when the First Lady and James sang the famous 'Single Ladies' song by Beyonce. When the pair was joined by Missy Elliot, the trio jammed to Elliot’s "Get your freak on" and "This is for my girls". During the appearance, most of the songs sung were related to women.

Speaking about her performance, Michelle said that in 7 years this was the second time that she was jamming in the passenger of a car - first being when her daughter was learning to drive.

Michelle, who is a role model for women, also gave a brief overview of her campaign 'Let Girls Learn' which aims to educate the 62 million girls that are out of school for various reasons.

Under this campaign $70 million dollars were allocated through the USAID program for uneducated girls of Pakistan. The announcement was made at the White House in the presence of  Mrs. Kalsoom Nawaz and Mrs. Maryam Nawaz.