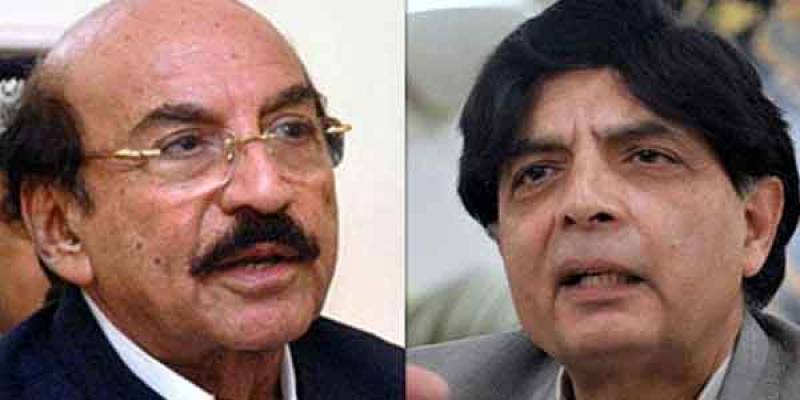 ISLAMABAD - Federal Interior Minister Chaudhry Nisar Ali Khan on Thursday promised to address the reservations of Sindh Chief Minister Qaim Ali Shah over the extension of the Sindh Rangers powers in the province.

“How can the Rangers perform its due role without powers,” he said in his telephonic conversation with the Director General Sindh Rangers Major General Bilal Akbar, according to Samaa TV.

The minister assured the Rangers chief of the government's intentions to ensure the paramilitary force's presence in the province, in accordance with Supreme Court rulings, adding the Rangers would be accorded complete legal cover to carry out their operations.