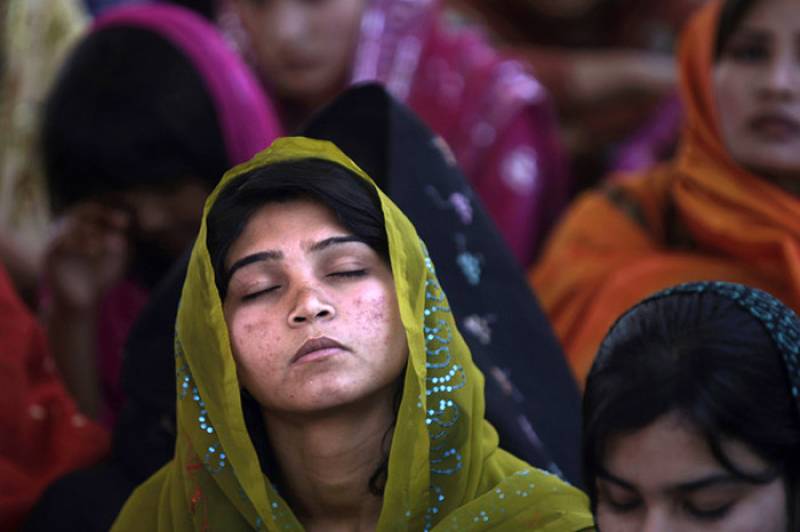 ISLAMABAD - A committee comprising lawmakers from both the lower and upper houses of parliament unanimously approved two bills on Thursday - both of which can be voted on within weeks - in a bid to tackle the menace of honor killings and boost rape convictions.

Minister for Law and Justice Zahid Hamid announced that the bills would soon be voted on by the parliament.

Thursday’s development came just six days after social media starlet Qandeel Baloch was strangled to death by her brother, an incident which once again brought attention to the large incidence of honor killings, which claim around a thousand lives in Pakistan every year.

We have achieved consensus on anti-honour killing & anti-rape bills in committee of joint sitting of Parliament. Great news for Pakistan.1/2

The bills shall now be submitted to joint sitting to be held in 2 weeks IA. Was a v uphill task. Countless days & nights have gone into it.

Under Pakistan's existing criminal law, perpetrators of honor killings – in which the victim, normally a woman, is killed by a relative – often walk free because they can seek forgiveness for the crime from another family member.

Rape conviction rates, meanwhile, are close to zero percent, largely due to the law’s reliance on circumstantial evidence and a lack of forensic testing.

Hamid, who chaired the committee, said: “We have plugged all loopholes in the anti-honor killing legislation, which will be put up for approval at a joint sitting of parliament soon.”

Prime Minister Nawaz Sharif’s ruling PML-N party has a large majority of seats in the lower house and the bills are believed to have enough backing from opposition parties to pass in the Senate too.

A 2005 amendment to the law pertaining to honor killings prevented men who kill female relatives pardoning themselves as an “heir” of the victim.

But punishment was left to a judge’s discretion when other relatives of the victim forgive the killer – a loophole which critics say is still being exploited.

According to Hamid, under the new law relatives of the victim would only be able to pardon the killer of capital punishment, but they would still face a mandatory life sentence of twelve-and-a-half years.

In the anti-rape bill, “a provision to conduct DNA tests on both the alleged victim and perpetrator has been added for the first time,” he said.

Rape of minors, as well as the mentally and physically ill, will also become punishable by death.

Commenting on the move, Sughra Imam, a former senator from the opposition Pakistan People’s Party who first tabled both bills, said: “No law will eradicate a crime entirely but the law should be a deterrent. Laws are supposed to guide better behavior, not allow destructive behavior to continue with impunity.”

'It's time for Shehbaz to take vote of confidence,' says Imran Khan