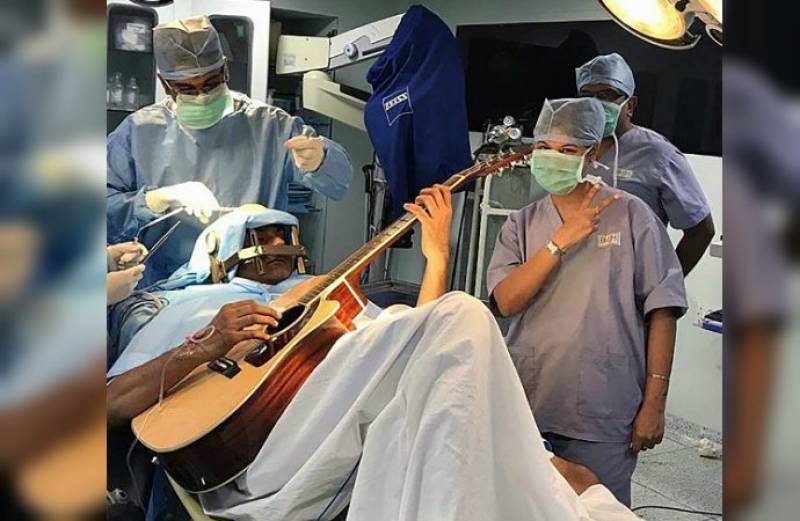 NEW DELHI - An Indian musician played the guitar on the operating table to help doctors treat involuntary muscle spasms in his fingers.

Abhishek Prasad was asked to play every time doctors "burnt" a circuit in his brain to treat what is commonly known as "musician's dystonia".

"By the sixth burn, my fingers opened up. I was normal on the operating table itself," Mr Prasad said after doctors removed the stitches on his head on Thursday, a week after his operation in the southern Indian city of Bangalore.

Dystonia had prevented Mr Prasad from moving his middle, ring and little finger of his left hand when he played the guitar.

"I thought the stiffness was because of over practice. I took a break and tried again and realised that there was no respite from the stiffness. Some doctors told me it was muscle fatigue and I was given painkillers, multi-vitamins, antibiotics, physiotherapy etc," he said.

He added that spasms in his fingers occurred only when he played the guitar.

But a neurologist correctly diagnosed nine months ago that he was suffering from dystonia.

"I was advised to undergo brain surgery, but I got scared. But my doctor, Sharan Srinivasan, gave me the confidence to do it," he said.