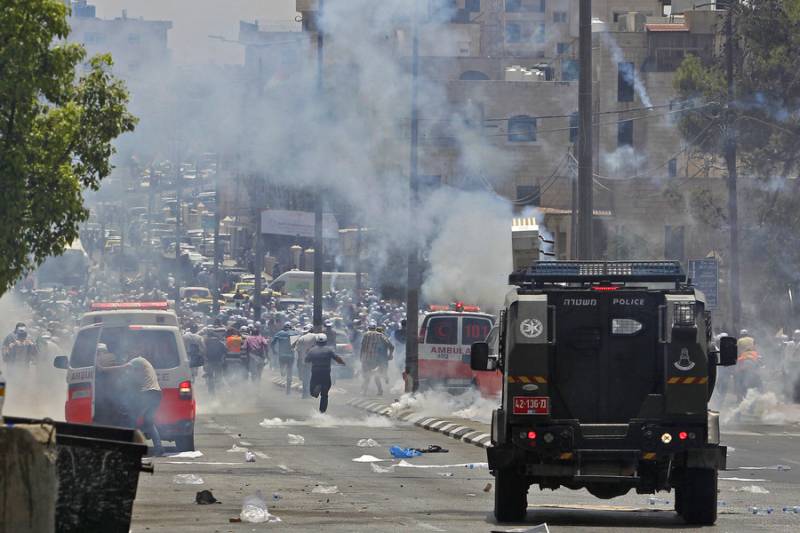 JERUSALEM - The Palestine Authority is freezing all contacts with Israel over the Jerusalem holy site dispute and the violence which broke out in the past days, president of the authority Mahmoud Abbas has announced.

Abbas called for the removal of metal detectors from the al-Aqsa Mosque compound and Jerusalem's other holy sites late Friday, stating that people should be able to “pray with dignity.”

Until Israel meets the demand and reverses its controversial decision to tighten security around the holy places, Palestine freezes all the contacts with Tel Aviv, Abbas underlined.

The announcement followed days of violent clashes between Israeli security forces and Palestinians in the vicinity of the mosque. The clashes on Friday – the day designated for a special Muslim congregational prayer – turned out to be especially brutal and left three protesting Palestinians dead.

“We reject the so-called e-gates as political measures disguised by a security cover to control the Al-Aqsa Mosque and evade the peace process,” Abbas stated.

Abbas further claimed that Israel, through its actions near Jerusalem's holy sites, was trying to turn the existing political conflict with Palestine into a religious one.

Violent clashes have been raging for several days in Jerusalem, following Tel Aviv's decision to install metal detectors at the Temple Mount ( referred to by Muslims as the Haram al-Sharif ) in the Old City. The site is sacred to both Jews and Muslims.

Under the status quo, which Palestinians wants maintained, Israel controls access to the site while Jordan presides over its day-to-day management. Israel's said its decision to enhance security came after two border police officers were killed in an attack at the compound a week ago.