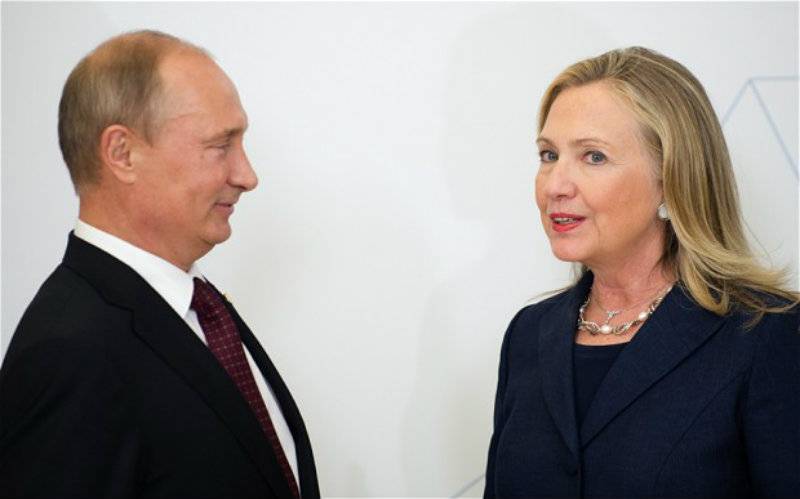 MOSCOW (Web Desk) - Russian President Vladimir Putin has said that his country faces a greater threat of war from Hillary Clinton becoming US President, as opposed to Donald Trump.

Hillary’s image as a war hawk is lost on mainstream American voters, but Russia, Europe, and other nations saw a not-so-warm-and-fuzzy side of Hillary when she was Secretary of State, and the contents of Mrs. Clinton’s intercepted emails have not served to soothe their fears.

Vladimir Putin’s open concerns about Hillary Clinton have put Russians and Romanians under a lot of stress. Putin was encouraged by Donald Trump’s message that he was willing to work with Russian leaders, but as the FBI drag their feet on what Russians know should be an indictment of Mrs. Clinton, tensions continue to rise, INQUISITR reported.

Earlier, during a meeting with Aerospace Defense Forces (ADF) commanders, Putin gave a grim prediction about the US presidential elections: “If it’s Hillary Clinton, it’s war”.

According to a report, Putin’s decision to launch early missile warning system satellites from the Plesetsk Spaceport by the end of December, ahead of a new US president taking office in January, 2017, is in direct response to the Obama regimes activation of missile defense shields on the Russian periphery, including in Romania and Poland.