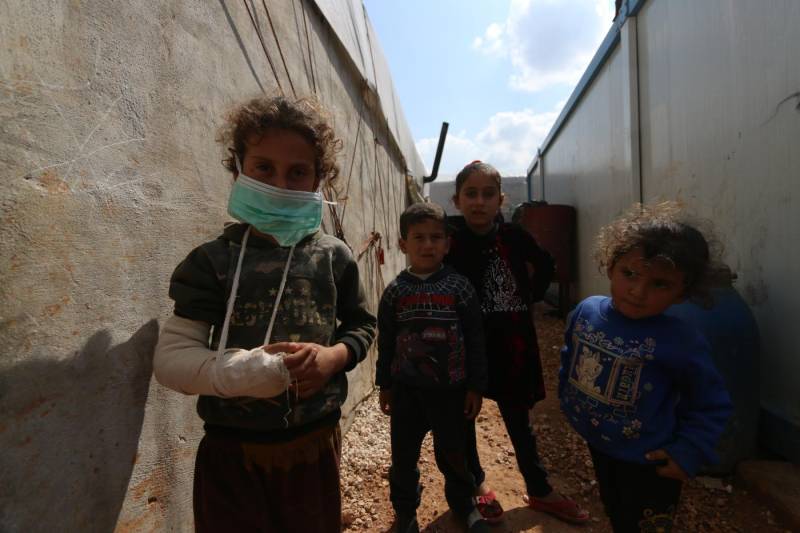 UNITED NATIONS – With coronavirus fast spreading around the world, the United Nations has warned that the consequences could be devastating for the 100 million people living in war zones and other emergency settings.

“Many people live in cramped conditions and with little or no access to proper sanitation and basic health services,” Stephane Dujarric, spokesman for UN Secretary-General Antonio Guterres told reporters. “As the virus reaches these places, our colleagues warn that the consequences could be devastating.”

The spokesman said humanitarian officials are concerned people who depend on U.N. assistance are able to keep getting life-saving help while trying to avoid “the catastrophic impact that the COVID-19 outbreak could have on them.”

U.N. humanitarian officials, he said, will be launching an appeal for funds early next week to deal with the coronavirus threat. The U.N. has already released $15 million from its emergency fund to deal with the coronavirus in vulnerable areas, and U.N.-managed funds in Afghanistan, Sudan and Jordan have also been released to scale up preparedness.

Overcrowding of camps for internally displaced persons in some of the world’s humanitarian hotspots are also high-risk areas for COVID-19, the spokesman said.

“The UN Office for the Coordination of Humanitarian Affairs (OCHA) and its partners are working around the clock to help raise awareness about how people can protect themselves and others from the virus,” he said. “They are also taking precautions to ensure the safety of their staff and the people they serve.”

UN agencies are assessing where humanitarian operations are being disrupted and identifying solutions, working on a global humanitarian response plan which should be ready to launch next week.

The UN International Organization for Migration (IOM) said the inclusion of migrants and marginalized groups is necessary for all aspects of the response to COVID-19.

“It is particularly important that authorities make every effort to confront xenophobia,” the IOM said. “The virus does not discriminate and nor should our response, if it is to succeed.”

The agency warned that migrants all too often face obstacles in accessing health care and if they fear deportation, family separation or detention, they may be less willing to access health care or provide information on their health status.

The IOM pointed out that while many countries have chosen to tighten controls at their borders, it is critical that such measures be implemented in a non-discriminatory manner, in line with international law, and by prioritizing the protection of the most vulnerable.

In Africa, the World Health Organization (WHO) said that, as of Thursday, more than 600 cases of COVID-19 had been confirmed in 34 countries, compared to 147 just one week ago.

Dr. Matshidiso Moeti, the WHO’s regional director for Africa, said the rapid evolution of the virus in Africa is deeply worrisome and a clear signal for action. However, Moeti said that it is still possible to change the course of this pandemic, calling on governments to draw on all of their resources and capabilities to strengthen their response.

In a business-related initiative, Dujarric said the UN Global Compact is bringing together more than 10,400 companies in 166 countries.

The spokesman said the compact is now encouraging businesses to support workers.

As an example, he said the UN team in Brazil reported that the national UN Global Compact network is collecting information on measures that companies are taking to fight the pandemic and on voluntary initiatives to support the global response to the crisis.

“The objective is to map and encourage measures that address workers’ rights and safety, including remote work,” the spokesman said, adding, “Some companies have increased health services for people impacted by the virus.”

At the UN headquarters, the spokesman said security officers reported about 247 people swiped their identification cards Friday, down from 11,000 on a normal day.

“The UN is taking responsibility by lowering the footprint and cutting back on the workforce that actually has to be in the building,” he said.

Dujarric said there were 24 cases of COVID-19 among UN staffers worldwide, including one staffer in New York. Earlier in the week, a correspondent at the UN headquarters in New York was reported infected.

As for the secretary-general, the spokesman said Guterres continues to meet virtually, by teleconference, with the senior staff from around the UN system to ensure coordination of the COVID-19 response.

A total of 176 countries have been affected, more than 12,900 people have died and over 303,000 infected by the disease as it spreads rapidly to new territories. The epicentre of the outbreak has now shifted from China to Europe, which is recording a rapid rise in new cases every day. A total of 94,625 people have also recovered from the mysterious illness.