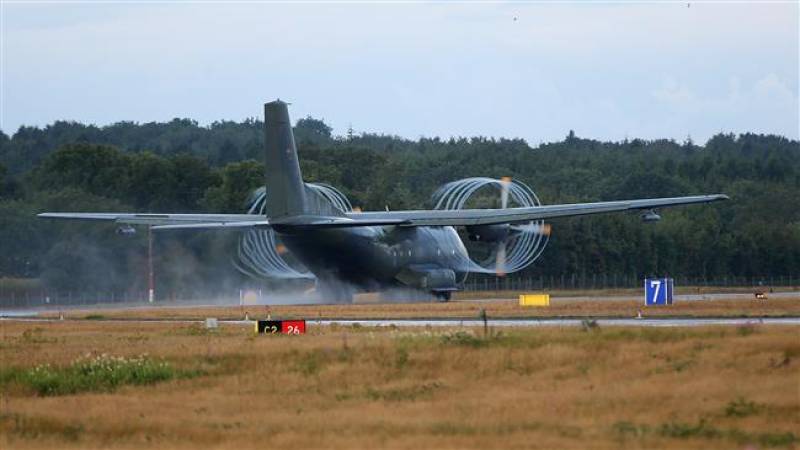 BERLIN (Web Desk/APP) - Germany says it is considering plans to use military aircraft to accelerate the deportation of those denied refugee or asylum status in the Western European country.

The German government is willing to use army vehicles to ship refugees back to their homelands, German Defense Minister Ursula von der Leyen said on Wednesday.

Most of the asylum seekers who risk their lives to reach Europe are reportedly fleeing conflict-hit zones in Africa and the Middle East, particularly Syria. However, officials in the European countries are divided on how to deal with the huge refugee influx.

The story broke earlier the same day, when German newspaper Bild reported the government was looking into the use of Bundeswehr aircraft as one way in which federal and state governments could deport asylum seekers whose applications had been rejected.

"Obviously, the usage of the Transall (Army transport aircraft) is not ruled out," von der Leyen confirmed. "But only in the event that all civilian transport capacities are exhausted and if it does not affect the German army's priority missions."

The news comes as Berlin searches for ways to speed up the deportation process in an effort to ease the burden on local governments struggling to cope with Europe's largest refugee crisis since World War II. The country says it's expecting more than 800,000 refugees this year.

According to the article in Bild, the number of asylum requests in Germany is currently far greater than the number of deportations.

While many of the refugees arriving in Germany are fleeing war in the Middle East, as many as a third are considered economic migrants and are likely to be deported.